An Irish situation: Why are primary schools organised along Religious lines?

Deputy Jonathan O’Brien will today introduce legislation that, if passed, would have the effect of “ending religious discrimination” against children entering the school system. 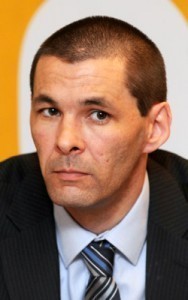 The Cork-based Sinn Féin Education Spokesperson said will introduce the Equality in Education Bill 2015 in order to repeal the legislative provision that allows religious ethos schools discriminate against children of different faiths or from a non-faith background.

This currently has the effect of making their parents either compelled to baptise their against their wishes, or engage in a lengthy and not always successful process of finding a school that will accept their child.

“It is indefensible that in this day and age we have a structure in place that allows for religious discrimination against four year olds.

“I am bringing this Bill forward as a genuine initiative to begin dialogue and have this matter addressed as the government response that this can be dealt with simply through the divestment of patronage programme is completely insufficient.

“It is for this reason that I am calling on the Minister [for Education] to allow this Bill to proceed so that we might address this matter properly.”