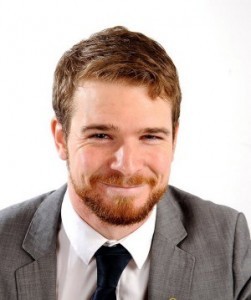 Speaking following the launch of Sinn Féin’s comprehensive Health Policy yesterday, Cllr Ó Laoghaire said that as it stood, Sinn Féin was the only party with a concrete plan for Universal Healthcare.

“This policy is a serious statement about Sinn Féin’s intent for Government, and our desire to deliver. For the first time in the history of the state a political party has put forward a comprehensive, concrete plan to deliver universal health care over the course of two Dáil terms.”

“We believe that delivering this in Government would be a landmark in terms of Healthcare in Ireland, and in terms of Public Services. It is based on our firm belief that no one should be disadvantaged due to their income when it comes to their health.”

“This Government came to power on the promise of Universal Healthcare, but with both parties offering different models, and ultimately, they are no closer that goal today.”

“As Chair of the influential Oireachtas Health Committee, Deputy Buttimer, has to take some of the responsibility for the Government’s failure to deliver upon this commitment.”

“The Government’s record in health is chaos in our Emergency Departments, elderly patients without dignity on hospital trolleys for days on end, patients waiting years for badly needed medical procedures, and children denied essential treatment.”

“While not quite saying it, it was quite clear that Minister Varadkar has decided that the idea of Universal Healthcare is going back on the shelf, and that the current Two Tier Healthcare system will remain in place.”

“Sinn Féin has the will to deliver where this Government has failed, and I would call on Deputy Buttimer to debate Universal Healthcare with me, to see if the Government is still committed to it, and to stand over his Government’s record on Health.”

“Sinn Féin say that the most effective way to fund health reform is through taxation and PRSI contributions. But who will be taxed more and by how much?

“In their plan they propose introducing free GP care for all, commencing with lower income households. But does this mean they would take free GP cards back from the under 6’s and over 70’s who already have them and who don’t come under whatever income threshold they introduce?

“Sinn Féin claim that people would be better off in their pockets under their health plans, but this is simply not true for almost half of the population. Sinn Féin plan to cancel the relief on private health insurance. This tax relief of 20% on the cost of health premiums currently benefits 46% of the Irish population and can be worth several hundred euro to families across Ireland.

“Fine Gael has a long term plan to keep the recovery going. Our plan will deliver more new jobs and affordable, sustainable improvements in services. This Government is already making important practical reforms and getting projects over the line and we will continue to do this. We have introduced GP care without fees for the oldest and youngest in our society on a universal basis, as the first concrete step to universal healthcare.

“Fianna Fáil threw money at health but implemented no real reforms. Sinn Féin now want to follow suit. It’s simple, Sinn Féin’s health plans will cost families hundreds of euro through taxation and lost tax reliefs and could even result in those who already have free GP cards losing them.”