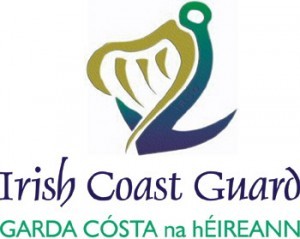 During last night the Coast Guard’s Rescue 115 and Rescue 118 completed two helicopter missions which bringing the total number of completed helicopter missions to 1,000 in a single year; the first time since the Coast Guard’s helicopter service commenced in 1991. Many of the services were carried out in challenging weather conditions, at night and deep into the Atlantic. The Coast Guard SAR (Search And Rescue) helicopter service has been running in Ireland since the first helicopter came on line in 1991. Shannon CG helicopter Rescue 115 assisted a young pregnant female from Inish Mór in getting to Galway University Hospital and then remained at the hospital overnight due to fog. Sligo CG Helicopter was tasked to assist a young boy with leg injuries who was inaccessible to the ambulance service due to flooding. Despite multiple attempts to land, extraction by air was not possible in the foggy conditions and the boy was eventually transported by road.

The Coast Guard’s National Manager for Search And Rescue (SAR) services, Gerard O’Flynn, said the crews completed 1,000 missions on the 27th of December; surpassing last year’s total of 914. As of this morning the Shannon helicopter Rescue 115 has completed 330 missions, Dublin Rescue 116 completed 148 missions, Waterford Rescue 117 179 missions and Sligo Rescue 118 343 missions. The west coast helicopters in particular have been busy this year in assisting the National Ambulance Service in transporting critically ill or injured patients from rural areas to the major trauma centres at Cork and Galway University Hospitals. The Coast Guard expect this HEMS (Helicopter emergency Medical Service) level to be maintained at between 10 and 15% of all missions in 2016.

Gerard O’Flynn said: ‘Our helicopter SAR crews are highly trained and dedicated to serve the people in their communities. Their professionalism and dedication, as well as high aircraft availability, allows our crews to return people home safely from an even greater number of dangerous situations’.

The IRCG service is delivered from four 24/7 365 bases – Dublin, Shannon, Sligo and Waterford.

Chris Reynolds, Director of the Irish Coast Guard, said he is thankful for the professionalism and dedication of the crews.

“I want to thank all the Coast Guard crews at Shannon, Dublin, Waterford and Sligo for their fantastic work throughout the year, moving people from places of danger to places of safety, day and night, winter and summer. High aircraft availability is one of the main reasons behind the high number of missions. This year we achieved in excess of 96% 24/7 operational availability at 15 minutes’ notice (0730 to 2130) and 45 minutes’ notice thereafter at all of our four bases, which is an exceptional achievement. The Coast Guard operates one of the world’s most sophisticated SAR services in the world. We are very proud of the service that is delivered by a very special team of men and women dedicated to saving life anywhere in Ireland and in all weathers.”

Walk off the Mince Pies – Coillte Forests in Cork are open
Previous Post
INFOGRAPHIC: Flow from Inniscarra Dam, Cork to increase to 180 cumecs