The most recent sectorial review commissioned by the Irish Pharmacy Union shows that pharmacies in Ireland have an average turnover of €1.57m and an operating profit of 16% at €246,783. The average pharmacy here receives close to €1 million per year from the government through drug reimbursement and fees[2]. Despite cuts in the last few years, pharmacies in Ireland continue to benefit from high margins and high fees, resulting in above average profits.

Today Shane O’Sullivan, founder of Healthwave Pharmacy (who used to live in Ballincollig, Co Cork), launched a 5-point plan of reforms which could save Irish taxpayers and patients €500 million if implemented by the next Government. The Healthwave Pre-Election Manifesto Plan documents clear and actionable ways in which the government could save millions, while the Irish public could avail of lower cost medication, similar to prices available in Northern Ireland or Spain. 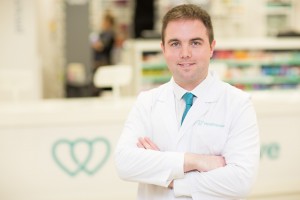 Speaking at the launch, Healthwave’s Shane O’Sullivan said: “With the current challenges in our healthcare system, the next government has the opportunity to make a real change, which will bring significant savings for both the Exchequer and the Irish consumer. While reference pricing has brought about savings, patients and taxpayers in Ireland are still paying way too much for medicines.”

“With this in mind we have developed a plan to save €500 million for Irish taxpayers and patients. This plan can act as a framework to deliver much sought after savings in the healthcare system, which would go a long way to improving other areas of the health service, namely hospital overcrowding, GP services to rural areas and discretionary financial supports.”

“By looking at our international counterparts, benchmarking against their proven pricing models and implementing checks on prescribing levels, we believe the savings are readily achievable. Combined with changes as to how the retail pharmacy sector is regulated, the above points will not only deliver massive savings to the health service but to the Irish consumer.”

Healthwave launched in 2014 with a promise of cheaper medication for the Irish consumer, through its membership model. With over 15,000 members now availaing of up to 90% savings on prescription medications, customers all over Ireland have access to significantly cheaper medication, which increases patient compliance.

“Healthwave provides transparent pricing and universal access to affordable generic medication through its membership model. We want patients in Ireland to be able to afford their medication to enhance their quality of life, and ensure compliance for treatment of their medical conditions,” added Shane O’Sullivan.

A summary of the Healthwave manifesto includes the following suggested reforms:

Reform the pharmacy dispensing fee structure: Healthwave proposes removing the “per item” dispensing fee and instead replacing it with a “per patient” fee of €10 per month. (savings: €170m)

Improve competition by restructuring the pharmacy regulator: The current structure of the Pharmaceutical Society of Ireland (PSI) means that pharmacy owners are sitting in on and influencing judgements on other pharmacy owners, their competitors. This risks a major conflict of interest. Healthwave recommends that the next government restructure the PSI to ensure that fewer proprietary pharmacists sit on the council.

Introduce one National Contract for the supply of medications to Nursing Homes: The average annual cost of providing medicines to those with a medical card aged over 75 years is €1,727.19 meaning a total state expenditure of €38m per year. This will rise to €61m in 2021 according to ESRI forecast. By tendering for a national pharmacy contract Healthwave believes that the HSE could save upwards of €30m per year. (savings: €30m)