Corkman appointed to national board of Irish Exporters Association 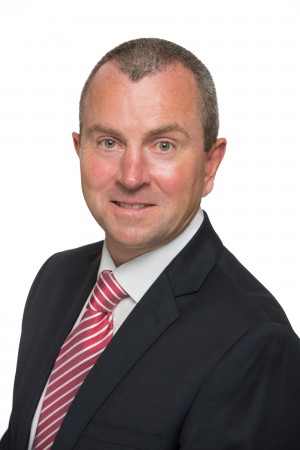 Corkman Bill O’Connell, Vice President of Global Logistics at EMC’s Ovens Centre of Excellence, has been appointed to the national board of the Irish Exporters Association (IEA).

The IEA is the representative body for Irish exporters that helps to connect them to businesses and governments in Ireland and across the world.

Mr O’Connell is highly qualified for this new appointment. He has worked at EMC since 1989, occupying various roles in supply chain, distribution and logistics. In 2013, Mr O’Connell was promoted to a global vice presidency.

As Vice President of Global Logistics at EMC, Mr O’Connell has global responsibility, managing exports of high-tech products and spare parts to 140 countries across the world; and managing trade compliance. He oversees a large and diverse team across various regions including Cork, Europe, Egypt and China, as well as multiple locations in the United States and Canada.

Commenting on his appointment, Mr O’Connell said he “looked forward to representing the interests of Irish exporters, in Cork and across Ireland”.

“In a time of political and economic change for Ireland and many other countries across the world, Irish exporters need their voices heard and their concerns acknowledged.

“As a newly elected member to the board of the Irish Exporters Association, I look forward to playing a key role in promoting Irish exports and trade within Ireland and abroad, and representing the interests of Irish exporters to Government and international trade associations.”