The team from Carrigaline Macra won this year’s National Impromptu Debating competition. The final of the competition took place last last evening, 7th May, at the Macra AGM in Nenagh, Co. Tipperary.

The Carrigaline Macra team have now won themselves a place on the Macra Prize-winner’s Trip which will take place later this year. 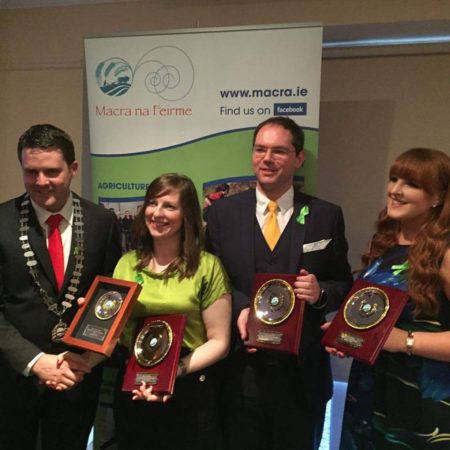 Macra National President, Seán Finan, attending the final of the competition on the night, congratulated Carrigaline Macra on their skilful debating. “It was a very entertaining debate and again proves the opportunities within Macra for members to develop their debating and speaking skills, which will stand to them in their future professional and personal lives.”