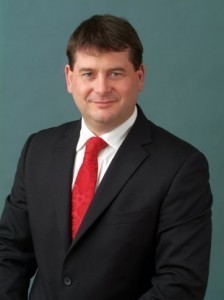 Dara Murphy, Fine Gael TD for Cork North Central and Junior Minister for European Affairs says the government’s ‘National Broadband Plan’ will provide online access for 1.8million people who have been overlooked by the commercial Telecoms Network Operators, and the faster internet speeds (30Mbps minimum) will now enable rural businesses to compete on a level playing field with their European counterparts, improving efficiency and opening up new opportunities for small firms and rural community enterprise partnerships in county Cork and across the country.

Welcoming the National Broadband Plan, Minister Murphy, said: “The ability of every small Irish business, both urban and rural, to access the Single Digital EU market, is more important now than ever, following Britain’s referendum to leave the European Union. The roll-out of the national broadband plan (from June 2017), will bring high-speed internet connectivity to every home and business within the intervention area covering 96% of Ireland’s landmass, the scale of this project is a vast undertaking, as it involves running fibre and wireless connectivity across 100,000km of our road networks and connecting 927,000 premises across the country, however the rewards will be great for our citizens and creates new opportunities in the Digital economy to everyone in Ireland, enabling fair competition with our European neighbours.”

“The government is also keen to ensure that people living in existing urban areas, who previously may have been overlooked by the telecoms network providers, will be covered in the National Broadband Plan, therefore I would also encourage any residents or businesses in Cork who still can’t get served with high-speed broadband to go to the map at broadband.gov.ie to see if they are in a blue or amber area and then get in touch through a dedicated email address for the public to communicate with broadband officials at broadband@dcenr.gov.ie “