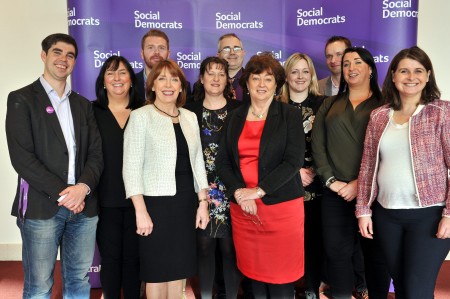 Cork was well represented at the inaugural national conference of the Social Democrats, which took place in Dublin over the weekend.

Mark Khan from the Party’s Cork North Central branch was elected a member of the first National Executive of the Social Democrats during the event, while Ken Curtin, the Social Democrats’ representative for Cork East, was one of the speakers for a workshop at the event focused on the topic of ‘Revitalising the Regions’.

Commenting at the conference, Ken Curtin said: “As the Cork East representative of the Social Democrats, it’s exciting to be a part of a growing party, which is committed to creating an equal, transparent and progressive Ireland.”

Policy Priorities
During the national conference, the Social Democrats called on the Government to ensure a spike in homelessness is avoided by extending rent certainty measures which are due to expire in the first week in December. They also called for an immediate linking of rents to the Consumer Price Index until there is sufficient housing to drive down rents.

Other policy priorities highlighted by the Party included the introduction of a living wage and major reform of the civil service. The Party called for an end to religious discrimination in schools, the abolition of the Official Secrets Act, and a “clearer” interpretation of Article 43 of the Constitution, which deals with private property rights.

Further information about the Social Democrats is available at www.socialdemocrats.ie