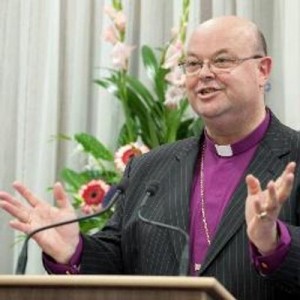 The Christmas story is neither a nativity play nor a fairy tale. It is rooted in history. Saint Luke, the doctor and historian, was keen to make that point. He tells us, as we heard in today’s Gospel, that it all happened ‘when Quirinius was governor of Syria …’, when a census was ordered by Caesar Augustus, and ‘they went up’ from Nazareth to Bethlehem. Now, we know that he may have got his historical bearings a bit askew, but the point is this; it all happened in a time and place, at a particular moment in history. Christmases have been celebrated in the years since, in time and place, against the backdrop of a particular unfolding history: our story, in our time.

Matthew – the only other Gospel writer who tells the story of the birth of Jesus locates it all this way – like a well-researched family history, something gleaned methodically just like in the TV series ‘Who do you think you are?’ – he sets out the long line of ancestors of the baby who is now lying in the manger.

Two different writers, inspired by events and their experiences of their time and place, relying on different reports and sources, nearly all word of mouth, and it should not surprise us that there are differences and emphases, some inconsistencies even. In this centenary year of 1916 – commemorating the Easter Rising and the Battle of the Somme – only 100 years on – we have been flooded with differents accounts, varieties of interpretations and the story is often retold deliberately to make a particular point in a certain way.

The Gospel accounts of the nativity are little different and we miss the point of the way the story of the birth of Jesus is told if we think it’s all about telling us what happened back then. No, the point is this, these stories were told and recorded, not to give us a ‘what happened sequence’, ‘a blow by blow account of the birth’, but rather to answer the question ‘who is this Jesus born in Bethlehem?’ The whole point of the accounts of Jesus’ birth in the Gospels is not to tell us what precisely happened, but to tell us who Jesus is. And that’s good, because only that is what will actually help us here on this Christmas today.

The Gospels were written for early, fledgling Christian communities, in particular times and places, facing certain challenges, and they set out to enlighten them about the Jesus whose life and teachings, death and resurrection inspired and transformed them. These birth accounts confirmed them and strengthened them in their faith. They do the same for us today.

And boy do we need it! Again and again, year after year; and as the years pass we pray again this Christmas as in Christmases past, the Sixth Century collect: ‘Almighty God, you make us glad with the yearly remembrance of the birth of your son Jesus Christ …’

Every Christmas is indeed a time of remembrance. The whole of 2016 has been a year of remembrance. 1916 – commemorating events at home and on the world stage 100 years ago have shaped our past year. 1916 was a year when Irish people were coming to terms with the aftermath of the Easter Rising and with a continuing world war. This Christmas, one hundred years ago tomorrow, John Nason, son of a local doctor, would die in action at the Somme. Two days time in 1916, Richard Nugent, son of the schoolmaster in Kilmalooda in this Diocese, would be killed in action; their names are on ‘The Heroes Column.’ That was Christmas for those families that year.

A year of retrospect such as we have had gives us food for thought. History and hindsight teach us valuable lessons. We reflect on what we have become and we ask ourselves ‘what are we becoming?’ More challenging still ‘what do we risk becoming if we do not draw on the lessons of history? Is the tragedy, mayhem, chaos and hatred of previous generations to be futile, if we learn nothing from it today? How are we to work together today, and what is to guide us, as we try to shape our tomorrow?

We live in a society that faces many challenges that call for our resolve, commitment and partnership with other agencies and people in society; I think, at home, for example of poverty, homelessness, housing, mental health issues, and enduring economic concerns.

On a broader stage, BREXIT (and the consequent anxiety about how things will unfold within Europe in general and for Ireland, in particular), political stability within Europe, migration, human catastrophe, terrorist attacks, and wars, especially in the Middle East, weigh on many minds. The Middle East is somewhere we cannot disown; it is the geographical, cultural and social cradle of our Christian faith. In any case, nowhere in our small, intimately connected world can mean nothing to us; we do not have the luxury of putting any place out of mind; far off events shape everything: Sudan, Somalia, Mali, Tunisia and Libya, Afghanistan, Iraq, Iran, Pakistan, Yemen, Syria, China, Russia, the USA … these are our neighbours, more than ever.

While populist politics do throw down some gauntlets to challenge much that needs to be disturbed and unsettled in contemporary established systems, such an approach also risks peddling a seductive and misleading view that there are simplistic answers to life’s complicated questions. There are not. So-called post-truth politics which sideline facts and rational argument contribute nothing positive or creative to our future. The vitriol and venom that is emerging once more in public discourse is one of the most disturbing aspects of all. This fosters and cultivates division, and feeds the phobias – such as xenophobia and islamophobia – on which injustice and violence, will ultimately be perpetrated. Our shared future as humanity, can only be secured by inclusion, building bridges, embracing diversity and reaching out across differences to understand and to reconcile; building walls will do nothing.

We look around as we seem to be witnessing, yet again in human history, a fragmenting international order, as well as political upheaval in Europe in the wake, not only of Brexit, as I say, but votes already in Italy and Austria, and soon to come elsewhere, notably in France, the Netherlands and Germany. We see in some places a renewed shift towards nationalism. There is no room for complacency; and the worrying fact is that, again and again, history does risk repeating itself.

It is against this multi-faceted and challenging background that we celebrate Christmas this year.

But then, Christmas has always been celebrated against the background of a particular time and places, a moment in history, and the message remains the same and endures. And this is where the true purpose of the Christmas gospel matters to us. A seasonal story – lovely as it is – is no help. What that story means, and who this Jesus is, potentially changes and transforms everything.

It was a photograph in the current edition of New Statesman magazine, that drove this point home for me. The photograph (taken by Lieutenant Ernest Brooks) shows a shell hole near the village of Beaumont-Hamel – at the north end of the attack lines at the Battle of the Somme – a photograph taken one hundred years ago today (when, supposedly, that battle had ended, but it hadn’t, as we know). Christmas Day, 1916 – a shell hole on a battlefield. Thirteen men with helmets on are sitting in that hell hole with a makeshift table and they are sharing Christmas dinner – celebrating the nativity of our Lord Jesus Christ. It has, almost, a Last Supper, quality about it. Right beside them in that shell hole is a comrade’s grave – marked by a cross; Christmas alongside the crucifixion of Good Friday and Easter resurrection all in one unexpected place – the gospel summed up in one time and place.

One hundred years on from those ghastly wartime events we hear again the Christmas message of light and hope in our own particular time, place and situations. There is no where – no shell hole or hell hole – where the love of God cannot reach. There is no darkness too dark; for he, as St John tells us, is the light who ‘shines in the darkness, and the darkness did not overcome it.’

Who is this baby, and what does he mean for us in our time and through the ages? He is Jesus, Saviour, Messiah and Lord. He is ‘the Christ.’ He is son of man, and son of God. He is Lord, Redeemer, the Way, Truth and Life; the light of the world; the star of Bethlehem, and Prince of Peace. The message of the angels announcing the good news was ‘Do not be afraid’. When the baby was born they named him ‘Emmanuel’ which means ‘God is with us.’

And so, on this Christmas morning, in this yearly festival of remembrance, like the shepherds at that first Christmas, we too come here to ‘…see this thing that has taken place, which the Lord has made known to us …’ Here, once more, we also find ‘ … Mary and Joseph, and the child lying in the manger.’ We approach this sanctuary, this communion rail, as they, of old, approached the stable at Bethlehem. We kneel at this place of his presence, the sacrament of the Word made flesh, God among us today, giving himself to us. In the words of our Christmas carol:

Saints, before the altar bending,

Watching long in hope and fear,

In his temple shall appear.

And we too sing Gloria in excelsis Deo.

Here we receive and discover anew the promise that God is with us, that we have seen his glory, ‘the glory as of the Father’s only son, full of grace and truth.’