Premiums continuing to soar as Govt fails to take action

Fianna Fáil TD for Cork North West, Michael Moynihan says the Government’s failure to take action to curb rising motor insurance costs cannot be excused any longer. Premiums are continuing to rise while the Government sits on its hands and delays on implementing policies to tackle the problem. 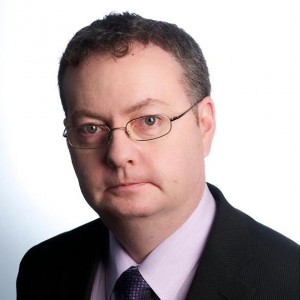 Deputy Moynihan said, “The Government must stop stalling and start acting to tackle rising motor insurance costs. Since 2014 premiums have continued to rise at uncontrollable levels year on year. The Oireachtas Working Group on the Cost of Insurance published their report insurance costs a number of weeks ago but the issue appears to have fallen off the Government’s agenda.

“Nearly every second day, I hear from someone in the constituency who has seen their insurance premium rise, and in many cases, double.

“People are walking into my constituency office, with their renewal premium in hand, shocked at the rise their insurers are trying to force on them.
“They are seriously worried about these spiralling prices, and some people who cannot afford to pay these extortionate premiums and are considering giving up their cars.

“In rural communities in Cork, a car is a vital necessity; it’s not a luxury. Without access to affordable insurance, we are consigning people, especially older people, to an isolated existence.

“The rate at which costs have been growing is completely unsustainable and unaffordable. In 2016, motor insurance costs increased by an annual rate of 11.6%, in 2015 they rose by 30.8%, and in the 12 months to August 2016 there was a jump of 28%. These increases are outrageous and are putting families under serious financial pressure.

“Unlike other types of insurance cover, motor insurance is not an optional extra – it’s a legal requirement for everyone on the road. However, families are being squeezed time and again by insurance companies who are bulking up their profits by slapping huge premiums on already overburdened customers.

“Fianna Fáil has been highlighting this issue for well over a year but the Government has sat on its hands. It’s only getting around to debating the report next week. This is simply not good enough – the Government must work harder to ensure that consumers are getting a fair deal on their compulsory insurance cover,” concluded Moynihan.