The Metropole Hotel Cork was opened in 1897. The property was designed by architect, Arthur Hill and built by John Delaney & Co Builders, who were previously awarded the building contract to build the sweetshop behind the hotel. The Metropole Hotel was built to the highest standards and opulence of the day. The hotel was and still is known locally as the “Met”.

In 2015 the Metropole Hotel was purchased by new owners who also own the Cork International Hotel and the Cork Airport Hotel. They have since purchased an adjoining site with plans for upgrade and extension of the hotel. 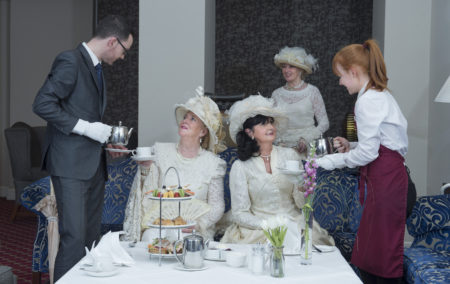 In June of this year, The Metropole will mark its 120th year in business. To celebrate, the Metropole are appealing to the public to share their memories from the last number of decades. The memories can be from events held at the hotel, weddings, Jazz memories or any stories of nostalgia.

The best entry will receive a complimentary family gathering for 30 guests and an over-night stay for two on the night of the function. They will also receive an invitation to celebrate at the exclusive party that will be held in June at the hotel. Entries can be submitted to the hotel Sales Manager, Susan Lavelle by calling (021) 4643700 or emailing slavelle@themetropolehotel.ie.