By TheCork.ie on 17th May, 2017Comments Off on CORK ABROAD: Adverts for Cork Airport appear in Spanish Train Stations

Tourism Ireland has teamed up with Iberia Express and Cork Airport, to promote flights to Cork from Madrid and to grow tourist numbers from Spain this summer. The campaign is highlighting Cork and Cork Airport as an important gateway to the Wild Atlantic Way and Ireland’s Ancient East. It includes eye-catching images of Blarney Castle and the Old Head of Kinsale.

Working closely with airlines and airports to build demand for flights is a key priority for Tourism Ireland and this campaign will reach more than 7 million Spaniards, through:
– ads dotted around metro stations in Madrid, which will reach more than 1 million commuters;
– eye-catching images of Cork on 20,000 boarding cards;
– ads on a popular radio station called Cadena 40 Principales, which has almost 3 listeners per day;
– digital promotions which will reach more than 6 million Spaniards, with ads on the home page of IberiaExpress.com, a dedicated Ireland section on IberiaExpress.com, ads on other popular websites as well as email marketing. 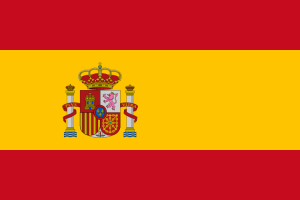 Spain is an important market for tourism to the island of Ireland. Travel by Spaniards to Ireland has grown significantly over the past 15 years – going from just 90,000 Spanish visitors in 2000 to a record 340,000 visitors in 2015. And 2016 was another record-breaking year, with visitor numbers up +15%, to about 394,000. Tourism Ireland is determined to ensure that growth continues and is rolling out a busy programme of promotions right throughout 2017; the organisation is targeting growth of +4% in Spanish visitors to Ireland this year.

Barbara Wood, Tourism Ireland’s Manager Spain, said: “The decision by Iberia to extend its service between Madrid and Cork this summer is good news for tourism, expanding travel options for Spanish holidaymakers wishing to visit Cork and the South of Ireland. We are really pleased to work with Iberia Express and Cork Airport, to highlight ease of access from Madrid to Cork and to help grow Spanish visitor numbers. As an island, the importance of convenient, direct, non-stop flights cannot be overstated – they are absolutely critical to achieving growth in inbound tourism.”

“Tourism Ireland is rolling out an extensive programme of promotional activity in Spain throughout 2017. We are working closely with our tourism partners – including Cork Airport and Iberia Express – to build on the growth of the past few years.”

Factors working in our favour for Irish tourism from Spain this year include strong air connectivity, with a significant increase in the number of direct flights to Ireland over the past few years; and interest in visiting Ireland remains high among Spanish travellers, with Spaniards consistently ranking Ireland in their ‘top ten’ destinations to visit. Also, more than 20% of all Spanish visitors to Ireland arrive in the off-season or Q4 – a real opportunity to win business at a time when there is capacity here in accommodation and other tourism facilities.

CORK ABROAD: Adverts for Cork Airport appear in Spanish Train Stations added by TheCork.ie on 17th May, 2017
View all posts by TheCork.ie →