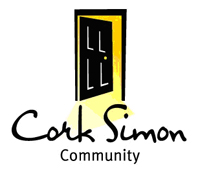 The Lord Mayor of Cork, Cllr Tony Fitzgerald and the Head of the Department of Sociology at University College Cork, Dr. Niamh Hourigan today (Wednesday 08 November) launched Cork Simon Community’s Annual Report for 2016. The Report highlights the pressure the housing and homeless crisis is putting on all of Cork Simon’s services.  At the launch at its emergency shelter on Anderson’s Quay, Cork Simon announced the opening of a Winter Night Shelter as part of a range of Winter initiatives supported by Cork City Council in response to the homeless crisis.

Speaking at the launch, Cork Simon’s Director, Dermot Kavanagh, said the continuing housing and homeless crisis meant that all of the community’s services were yet again operating at or above capacity.  He said, “We provided an emergency bed to record numbers of people each night last year.  Our day service supported more people than ever before.  The longer-term impact of the housing and homeless crisis is beginning to show with people remaining stuck in emergency accommodation for much longer periods of time because they simply have nowhere else to go.  The number of people long-term homeless increased for the third successive year.” 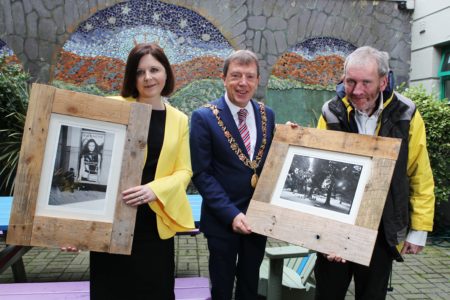 Dermot Kavanagh said that with the housing and homeless crisis continuing to drive the need for additional emergency beds this year, Cork Simon is responding with a Winter Night Shelter to operate from now until the end of March.  He said, “Our Winter Night Shelter is part of a range of Winter initiatives supported by Cork City Council in response to the homeless crisis. We will be providing an extra 15 places a night at our Day Centre here in Anderson’s Quay from now until the end of March.  It’s not by any means a place to call home but it will at least offer people warmth, shelter and some breathing space from life on the streets. What we really need is homes.”

Dermot Kavanagh said that the provision of housing continues to fall well short of what’s needed to bring an end to the housing and homeless crisis.  He said, “28 people were newly housed last year – a most welcome new start for 28 people. But we clearly need much more housing if we are to get a grip on the crisis.  We developed a plan last year to increase our own housing stock by 100 units by 2019.  It’s a very challenging target. We’ve already opened a second Aftercare House – housing for people coming out of alcohol and drug treatment, and our plans for the development of St. Joachim & Anne’s on Angelsea Street continue following planning permission from Cork City Council last year.  We’ve also started an Empty Homes campaign urging people with empty residential properties to get in touch with a view to us purchasing or renting them with the help of Government funding.”

Describing Cork as a truly caring and compassionate city, Dermot Kavanagh said Cork Simon was only able to meet the growing demand for services thanks to the generosity and kindness of so many people in Cork.  He said, “The support of Cork City Council and HSE in our work has never wavered.  People from all walks of life – over 800 volunteers and almost 10,000 generous donors, together with so many companies throughout the region have all worked together to help us keep our doors open for everyone that needed us.  It’s a remarkable achievement.”

Looking to the year ahead, Dermot Kavanagh said that the priority now must be the provision of housing.  “Far too many people have been waiting far too long for a place to call home.  Each month we’ve seen the number of people becoming homeless increase.  Our Home Truths report last year highlighted the discrimination, bureaucracy and frustration faced by people experiencing homelessness when trying to find a home.  Many of our own residents took part in a pop-up protest last year highlighting the injustice of the housing and homeless crisis.  We must continue to work together to end the injustice, end the crisis and help people find a place to call home.”

Cork Simon’s Annual Report 2016 continues to be an online-only publication.  This year’s artwork was created by a student of Colaiste Mhuire in Buttevant – Gabiella O’Keeffe, following a competition among secondary school students.  Gabriella says of her winning design, “I think that once we find out that someone is homeless or has been evicted, we tend to stop listening to them, and just pass them by. I don’t think enough people realise that homelessness doesn’t just affect the elderly, it affects families and the young as well. It affects people even my own age. I think it’s time we open our ears and listen to the homeless and I believe that Cork Simon is that voice.”