CORK AIRPORT: No need to drive to Dublin Airport for your sunny City break, there will be summer flights from CORK to Madrid in 2018 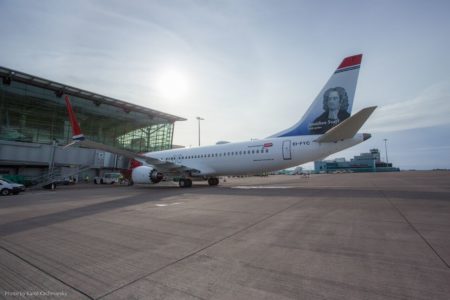 Cork Airport welcomes the announcement made by Iberia Express, that the Spanish carrier will expand its Cork to Madrid route by five per cent for Summer 2018.

The announcement brings a second year of successive growth to the popular route that was launched in 2016. The 2018 service will operate twice weekly from 1st June to 15th September, compared to the 2017 service that operated from 2nd June to 9th September.

Cork Airport’s Head of Aviation Marketing, Daragh Hanratty said: “Cork Airport welcomes this announcement and pledge to growth made by our airline partner, Iberia Express. The expansion creates 11,680 seats between Cork and Madrid for 2018. This route continues to prove longevity from both an inbound and outbound perspective, with 300,000 Spanish passengers travelling to Ireland last year.

We are confident in the success of this route going forward in to 2018. Cork Airport strives for consistent route growth and development. Since the route launched in 2016, this increase marks overall growth of 15 per cent on the Cork to Madrid service”, he continued.

Using the Cork bi-weekly service to the Spanish Capital, passengers will be able to fly via Madrid to many of Iberia Group’s destinations in Spain and as far as Buenos Aires, Mexico City and Sao Paulo in Latin America.

Iberia Express’ Chief Commercial Officer, Trevor Martin said: “The growth of this route is testament to the popularity of Madrid as a destination for Irish customers, and to the popularity of Ireland for our Spanish customers. Iberia Express’ increase in the twice-weekly service will facilitate growth in both the inbound and outbound markets of Cork and the South of Ireland.”

Iberia Express’ announcement follows those made by Aer Lingus and Stobart Air, Volotea and Swiss for expansion and growth from Cork Airport for Summer 2018.

Iberia Express will operate the route on an Airbus A320 aircraft, with 180 seats.