Cork County Council was delighted to support the Bandon Family Festival where fun was had by all on an evening when Bandon traders and Voluntary groups came together to create a magical spirit of giving. Sentinel security sponsored a free train for children, stores laid on mulled wine and mince pies and singers and storytellers. 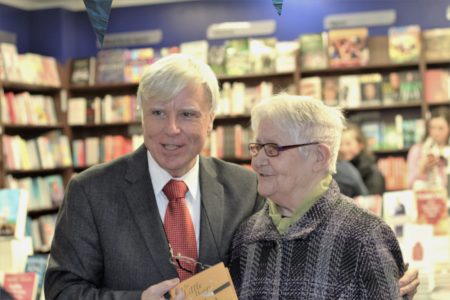 Francis Brennan, who was signing his Book at Bandon Books, presented prizes for the elf parade and colouring completions, which had been kindly sponsored by Bandon Office Supplies. Prizes were sponsored by a number of local businesses.There were dozens of little elves and not so little elves around Bandon on that evening! Pam Golden’s drama group, Newcestown Comhaltas (who had featured in the Late Late Toy Show), The Shruggs and many more helped to warm the streets with music and song. 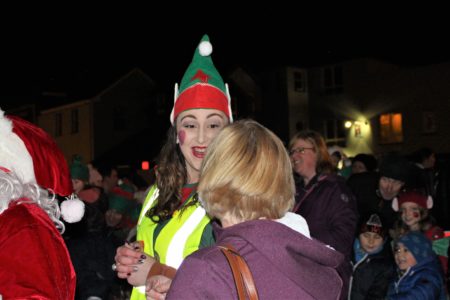 Volunteers from Bandon GAA Club sold merchandise on the street , adding to the festive atmosphere. Bandon Scout Group, Gateway FM and Age Friendly Bandon were among the many voluntary groups who provided stewards or organised an event. The new Cork ETB offices in Weir Street were open for volunteers to take a little time out for a cup of tea and loaves of sandwiches were kindly made by committee members and volunteers and the Gardaí in Bandon assisted with traffic management. It was an outstanding display of community spirit with all sectors co-op