Lord Mayor of Cork Cllr Tony Fitzgerald and the City Council elected members will host a Civic Reception to mark the success of the awards scheme in promoting Cork and Cork’s local heroes, on Jan 11th at 6.30pm in City Hall, where the awards scheme was first launched back in Jan 1993.

RTE are also acknowledging the importance of these awards, by having the Presenters of their flagship news and current affairs programme Miriam O’Callaghan and David McCullagh act as MC’s at the invitation-only awards lunch on Jan 19th at the Rochestown Park Hotel, Cork. The City and County Mayors will present the award to the winning Person or Persons of the Year on the day. Many local and national personalities will be at the Gala Awards Lunch to mark the 25th Anniversary including Dee Forbes, Director General of RTE and Tom Crosbie of the Irish Examiner, and all entertained by Soprano Cara O’Sullivan. 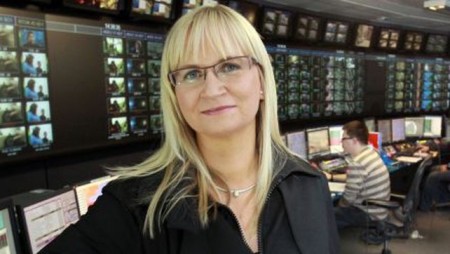 Top sponsor of these awards, the Irish Examiner, will publish a Special Supplement in the Examiner and Evening Echo in the coming fortnight covering the rich history and achievements of this award scheme.

Awards Founder and Organiser Manus O’Callaghan said “The awards were founded to celebrate Cork’s greatest asset, its people. The 300 plus males and females who have received awards to date have inspired others both locally and nationally and have very much also positioned Cork as a great place to live, work and play. So hopefully we have achieved the original objectives of this award scheme, which was to promote Cork City and Cork County, and primarily Cork People.”

Lord Mayor Tony Fitzgerald said the award scheme was unique in Ireland as it covered all sectors, including Community, Charities, Sports, Business, Arts, Family or indeed anyone from any activity.

“Over the years they have also given Honorary Corkperson awards to people who have promoted Cork abroad, like Jeremy Irons, David Puttnam and Michael Flatley. Money could not buy the word-of-mouth promotion these people give to Cork during T.V. chat show interviews and it certainly helped Cork’s tourism industry.” added the Lord Mayor.

The Lord Mayor also thanked the City and County Chief Executives Ann Doherty and Tim Lucey for acting as Judges for the Awards over the years.

Manus O’Callaghan said many people don’t realise the important role Award Schemes play, as people are inspired by people and by honouring achievement and celebrating success, others may be inspired to follow.

‘’The writer Alex Haley, he of Roots fame, lived his life by these six words – find the good and praise it. I also had that in mind back in 1993 when we established our awards. Ireland in my youth was a more ‘spare the rod and spoil the child’ place. A more ‘don’t give someone a swelled head’ type of country by giving someone a bit of praise, and, of course, nowadays we all know the importance of encouragement. Unfortunately, Ireland has still some of that, as we are still one of the few countries that does not have a Government backed National Honours System. We depend on other countries, like England, France and the U.S. to honour our national heroes. I am delighted when other countries do, but we should have our own State Honours System too.”