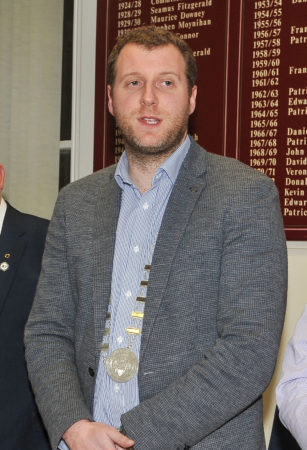 The Fianna Fáil National Constituencies Committee has added Cllr Padraig O’Sullivan to the party ticket to contest the next General Election in Cork East along with sitting TD, Kevin O’Keeffe.

A secondary school teacher with a passion for education, Padraig is an enthusiastic participant in community life. He has represented the Cobh Electoral Area diligently since his election in 2014 when he topped the poll.

Fianna Fáil Leader Micheál Martin commented, “In Padraig, we have an outstanding public representative and community activist. He has worked hard on behalf of the people of Cobh and Carrigtwohill since his election in 2014.

“Padraig will inject a new energy and freshness to politics in Cork East. We all look forward to working with him in the months and years ahead. I have no doubt that, if elected to Dáil Éireann, he will be a first-class Deputy who will represent his people with energy and commitment.

“Padraig will deliver results for the people and communities of Cork East. I am delighted that a young man like Padraig is going forward to seek election to serve the people of Cork East. He represents a new generation of people committed to public service and helping those in all walks of life. Padraig is highly regarded and is involved in many sporting and community groups.”

Cllr. Padraig O’Sullivan was elected for the Cobh LEA, heading the poll with 2600 first preference votes, at the 2014 Local Elections having contested the 2011 General Election in Cork North Central.

A native of Little Island, and currently residing in Glanmire, Padraig is a secondary school teacher by profession and a member Cork Education and Training Board.