An epic concert production of the 45-year-old ‘Children of Lir’ Celtic Opera has been announced for Cork Opera House this May 18th and 19th, 2018. 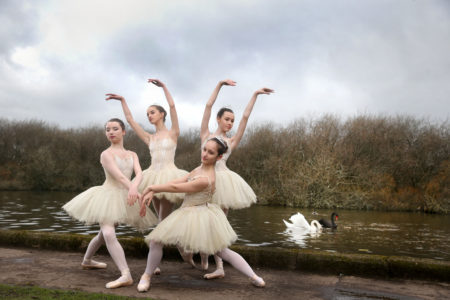 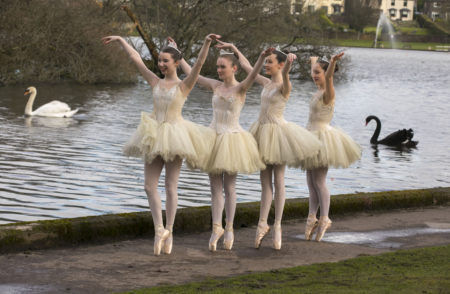 Pictured at the announcement of the ‘The Children of Lir’ Celtic concert were Tamsin Giltinan age 14, Niamh Kehoe age 14, Laura Hayes age 16 and Sofia Rea age 14 from Ballet Theatre Ireland Dance Academy in Cork who will all perform as ‘The Children of Lir’ swans at the concert which will take place at the Cork Opera House on May 18th and 19th 2018. Image: Patrick Browne.

The contemporary composer and musician Brian O’Reilly who is the composer of the now collectors item record ‘The Children of Lir’ is staging the event in his home county of Cork along with his brother Paud O’Reilly and their band of 50 years, ‘Loudest Whisper’, one of Ireland’s most successful and longest established groups. A string quartet, a choir of 100 voices plus a narrator and four ballerinas will join the group for this concert.

Due to its tremendous success, in 2005 Sunbeam Records UK contacted Brian O’Reilly regarding a re-issue of the 1975 album ‘The Children of Lir’ on vinyl. Following a meeting in London, the O’Reilly brothers agreed to have ‘The Children of Lir’ re-mastered in Abbey Road and a limited edition of the album on 180g virgin vinyl was issued in 2006. This edition was also a sell-out.

According to the composer, Brian O’Reilly the upcoming concert will be one of the more creative and magical homegrown concerts that Ireland has seen in some time. “It has been some 23 years since Children of Lir was last performed in Cork Opera House. We have travelled the world with the Children of Lir and this beautiful Celtic story has been enjoyed by tens of thousands. It is truly a magical showcase of Irish mythology, music and storytelling and we are delighted to be performing the concert in Cork later this year with Loudest Whisper who are celebrating 50 years in the business this year too.”

This unique Celtic concert will be performed three times over the period of Friday, May 18th and Saturday, May 19th. Two choirs will also have the opportunity to showcase their talents, including the Loretto School Choir of Fermoy and the Cork Prison Officers male voice Choir. A string quartet and the 9 musicians of Loudest Whisper all under the baton of the music conductor Fergal O’Connor will perform the concert score. Four Ballerinas from Ballet Theatre Ireland Dance Academy in Cork have also been auditioned to depict the story of the ‘The Children of Lir’ on stage as Donovan narrates the concert.

‘The Children of Lir’ Celtic Concert will be performed at the Cork Opera House May 18th†and 19th, with a matinee at 12 noon for schools on May 18th and an 8 pm evening concert on both May 18th and 19th. Further information and tickets see www.corkoperahouse.ie†or call 021 427 0022.

The Children of Lir is an ancient Irish allegory that describes the persona of Ireland in a mythological sense where symbolism and ritual overwhelmed and minimised individual personality. The centrepiece of the legend is that love, sorrow and betrayal transmigrate from humans to birds. The case of The Children of Lir the birds happen to be swans. The swan metaphor reflects freedom, beauty, jealousy and everlasting youth as well as perhaps eternal silence.