Following the recent spell of good summer weather across Ireland, Amarenco Solar announces that the solar industry has enough consented solar farms to provide up to one million homes in Ireland with clean renewable energy on a daily basis. The company has secured planning permission for ten solar farms, and now awaits a final decision by the government on the Renewable Energy Support Scheme (RESS).

On days like those experienced this week the industry will be able to produce 9,144 MWHrs of electricity through renewable solar energy. This is the equivalent capacity to provide enough energy to power one million homes. The industry would save 4,453 tonnes of carbon in one day. 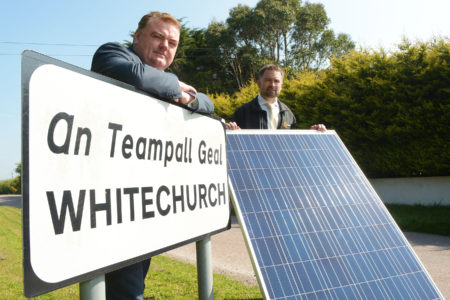 If the Government provides the supports required, Amarenco Solar will be providing energy into the system before the summer of 2019.

“These numbers are a testimony to huge dividend that can be accrued to Ireland from renewable solar energy. The two-fold benefit of clean, easy to access renewable solar energy, combined with the huge carbon emission saving, is clearly the way forward,” said John Mullins, CEO, Amarenco. “The solar sector awaits a final decision by Government on renewable tariffs through RESS. Failure to introduce the scheme quickly will have very serious ramifications for Ireland from 2020 onwards, when the threat of the taxpayer paying fines becoming a starker reality. Ireland will be forced to make payments to other countries by buying renewable credits. The Government is fully aware of these implications and we have confidence that the Minister and his cabinet colleagues will respond in the appropriate manner.”

“Amarenco and others in the solar sector can move immediately in response to a positive RESS outcome. Funding is in place and the solar plants are ready to be built now and they can be constructed within three months of commencement. The solar sector can help to keep Irish taxpayers’ money in Ireland,” noted John Mullins. “Furthermore significant domestic jobs will be raised, which in turn will contribute to the exchequer in the form of income taxes, VAT and rates. The agricultural sector will also benefit significantly“.

BUSINESS, NEWS
New signage and Branding at Cork County Council Business Parks
Previous Post
How to get to the Cork Summer Show 2018
Next Post
Tweets by @TheCork_ie