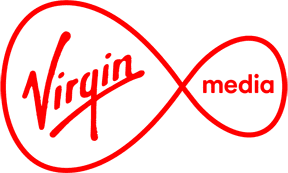 Proceeds from the broadcast of the match, including all advertising and sponsorship revenues, will go straight to the Liam Miller Fund, which will be used to help Liam’s wife Clare and their three children rebuild their lives with Marymount Hospice and other charities also benefiting from the event.

The eagerly anticipated match, which is a 45,000 sell-out, features football legends from Manchester United and a combined Republic of Ireland-Glasgow Celtic selection including Roy Keane, Denis Irwin, Ryan Giggs, Paul Scholes, Robbie Keane, Damien Duff and Kevin Kilbane will be live on Virgin Media Sport with coverage beginning at 2pm with all the live build up from Páirc Uí Chaoimh in Cork.

It was previously announced that Virgin Media Sport would broadcast the match live to all Virgin TV customers and highlights shown on Virgin Media One, but yesterday event organisers said the match would be free to air.

“Virgin Media is pleased to support and work alongside the Liam Miller Tribute committee to broadcast this memorable game on Virgin Media Sport and further highlights on Virgin Media One. The match is a fitting tribute to Liam’s memory and for his family and friends – we’re looking forward to bringing this big event to a national audience.”

“…The match will feature some of the game’s greatest ever players and it is a fitting tribute to Liam that sporting fans throughout the country will be able to enjoy this one-of-a-kind match thanks to Virgin Media Sport.”