Brian Crowley announced today (January 17th) that he will not seek re-election to the European Parliament this May and also confirmed his retirement from public life.

File photo of Brian Crowley MEPA sustained bout of ill-health over recent years has forced the decision, he said, despite his best efforts to regain full health.

“It breaks my heart to leave a job I absolutely love,” said Brian Crowley today at a Press Conference in Cork.
“However, I count my blessings. No one received more support, in sickness and in health, than me from my constituents over the past 25 years. It has been a privilege and a joy to serve such wonderful people,” added the MEP.

Brian Crowley explained that he had been able to work remotely over recent times from his hospital bed and home base, through his office in Cork, the Group Secretariat in the European Parliament and his numerous contacts in other Political Groups and the Commission in Brussels. “Many people who suffer long term illness have to work remotely using modern technology and you can now do it very successfully,” he said. 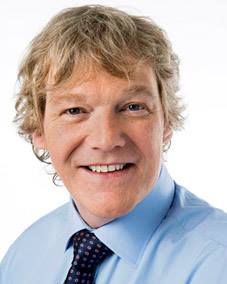 “You know, a by-product of my disability is that I have had to have on-going treatments over the years. I have spoken about this to my electorate and to the media – I never kept it a secret – and despite this the South constituency were willing to have a person with my medical disadvantages represent them. I think it’s because most people have experienced illness themselves or within their family and are very sympathetic. Also many people rightly feel that you still have the right to work if you suffer from long or short-term illness. I have met many people who have been discriminated against in the workplace because of their illness. They were often even denied the opportunity to return to work or find a new job. People have the right to work, even if they have to use flexible working hours, or working remotely from the home base, or by just sitting down with their employer and arranging a mutually agreeable solution. I have helped constituents with Irish and European Employment laws in the past who have found themselves in this position. In sickness and in health we all have our rights,” said Brian Crowley.

Leaving the Fianna Fáil Group in the European Parliament

Brian Crowley also explained at the Press Conference that this was his first opportunity to give his side of the story as to why he switched Groups in the European Parliament back in 2014, which led to his expulsion from the Fianna Fáil Parliamentary Party. He said that he was forced to leave the FF aligned ALDE Group in Europe because they failed to agree employment contracts for some existing Irish staff.

“I took a principled stand at the time on behalf of fellow Irish workers who were being treated badly regarding employment contracts. These were not my staff but I negotiated on their behalf until those negotiations broke down.”

When Brian Crowley then left and joined a new group, ECR, it triggered his expulsion from the FF Parliamentary Party. However, the EU rules state that it is the MEP who must sign up to a Group, not his Political Party back home, so he actually followed correct EU procedures at the time, he said.

“I was disappointed at being expelled from my party without being given an opportunity to explain why I had to leave the ALDE Group, as I was in hospital at the time. Moving to a new EU Group wasn’t easy for me but I was able to secure new employment contracts for the Irish workers involved. I don’t regret putting people before party, whatever the consequences. Also, I knew it was not going to affect me doing my job for my constituency. Being the longest-serving Irish MEP in Europe, I know enough to use whatever Group I’m in as a sort of technical parliamentary group as leverage for getting things done,” said Mr Crowley.

“I saw my work in Europe as not only above party politics but above European Group politics. I was not elected by the people of Ireland South to preach an ALDE, ECR or any other EU Group message, but to use my expertise and experience to access EU programmes and benefits for my region and country. Let me assure everyone, that whatever Group I worked from, I and my politics did not change and I continued to strive to be a voice fearlessly on the people’s side,” added Brian Crowley.

“I continue to work with everyone, including Fianna Fáil grassroots members and FF parliamentary party members. My style was always to get on with things, get on with people, and that’s what I did over this term too. I am still a proud member of the Fianna Fáil party,” he confirmed.

Brian Crowley became the most successful Public Representative in modern Irish Electoral history through his record breaking performances over the years.

He once again topped the poll in the last election in 2014, his fifth European Election. With 180,329 first preference votes and 27.42% share of the vote in the Ireland South Constituency, he exceeded the quota by 48,829 votes to be elected on the first count. In the Munster European Elections of 1994, 1999, 2004 and 2009, he also topped the poll in each election and, in his new Ireland South Constituency covering ten counties of Munster and South Leinster, he repeated his record-breaking achievement. Another striking statistic from the last Euro Election is that nearly one-third of the 180,000 people who gave him their number one vote didn’t vote for anybody else on the ballot paper.

Brian’s huge popularity overcame all obstacles over the years, be it a swing against his Fianna Fáil party, or new counties and people added to his constituency or personal health problems – he continued to be Ireland’s biggest ever vote-getter. Geography or Party were no barriers to his popularity as he hoovered up votes from all counties and from all party and non-party supporters alike.
No other politician in recent Irish political history has matched his electoral consistency over his twenty five year period.

Brian Crowley’s political career began back in 1993 when the then Taoiseach, Albert Reynolds, appointed him to the Senate to be a “voice for all those who have no voice”. A year later Brian decided to contest his first election when he ran for Europe in 1994 and the rest, as they say, is history.

Brian was the longest-serving MEP from the Republic of Ireland in Europe and along the way he also found time to serve on President Mary McAleese’s Council of State. His most recent election platform was “CHARACTER, COMPETENCE, COURAGE” and those attributes probably get closest to understanding the Crowley phenomenon. His constituency work was all about “EU action at a local level” and that approach made him very much the people’s champion. He continued to implement his EU action at local level programme by working remotely from his hospital and home bases over recent years.

In short, Brian Crowley is trusted by his electorate to represent them with dignity and also be a voice fearlessly on the people’s side.

Brian is 54 years of age and a wheelchair user since the age of sixteen, when an accidental fall from a building left him paralysed from the hips down. Some years later he also survived another near-death experience in a car accident.

The best known political historical figure, who also used a wheelchair, was U.S. President Franklin D Roosevelt. President Roosevelt’s disability deepened his understanding of human nature and brought him into direct contact with the less fortunate in society. After his death, Roosevelt’s wife Eleanor remarked that his disability proved a blessing in disguise, giving him strength, an understanding of human suffering and knowledge that it could be overcome. He also knew that with spiritual and physical courage, there is no situation that could not be met.
Many people saw Roosevelt comparisons with the Ireland South MEP. Brian Crowley has always maintained that his own deep faith has sustained him all his life, especially over recent years.