SPORTS: New 2 day festival at Cork Racecourse Mallow in May 2019

What: Barry Group Race and Taste Festival
Where: Cork Racecourse, Mallow, Co Cork
When: Friday May 10 – Saturday May 11

A brand new two-day festival celebrating the best in Cork food, music and horse racing has been launched by Cork Racecourse, set to take place over May 10 – 11. The inaugural Barry Group Race and Taste Festival will bring together many of Cork’s finest food producers at a specially created Food Village at the racecourse, with entertainment from The Frank & Walters and a glamorous Ladies’ Day.

The Barry Group Race and Taste Festival will also see the official opening of a new 7-furlong flat track at Cork Racecourse, set to be unveiled during an evening’s quality flat racing on Friday May 10. Saturday will see seven National Hunt races at the track, along with cooking demonstrations and workshops from some of Cork’s finest chefs, including Rory O’Connell, Lilly Higgins and Martin Shanahan taking place across the weekend. The Fota Island Resort Most Stylish Lady Event will also take place on Friday evening with a mouthwatering prize up for grabs.

Only a short 30 minute drive from Cork city on the Limerick Road (N20), Cork Racecourse is also well serviced by hourly trains from Kent Station (with free shuttle buses making the short hop from train station to racecourse) and bus services running from Parnell Place. Over thirty Cork food producers will have stalls at the racecourse over the course of the weekend and the festival will have free admission for children U14. 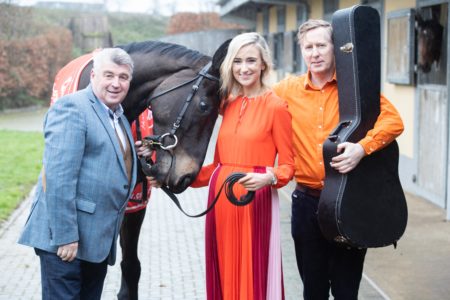 Jim Barry, Managing Director Barry Group, said “We are so delighted to sponsor the inaugural Barry Group Race & Taste Festival. Cork Racecourse is such an iconic landmark and I truly believe that this festival celebrates all that makes Cork so special; sport, food, the arts and of course the unique Cork charm. Both I and the team in Barry Group look forward to the event and to showcasing our portfolio of brands favoured by the nation.”

General Manager of Cork Racecourse Mallow, Andrew Hogan, said, “The Barry Group Race & Taste Festival will feature an extravaganza of delicious food and top entertainment and I’m thrilled to have such a stellar line up of real Cork talent awaiting racegoers to Cork Racecourse Mallow. Where else can you indulge yourself with delicious food from top artisan food producers from around the county, watch the best of racing live, whilst partying to the sounds of The Frank & Walters? The festival will see an incredible atmosphere around the racecourse, fun for all ages, guaranteeing a great time for the whole family. Join us for a festival of the best of Cork, for the people of Cork”. 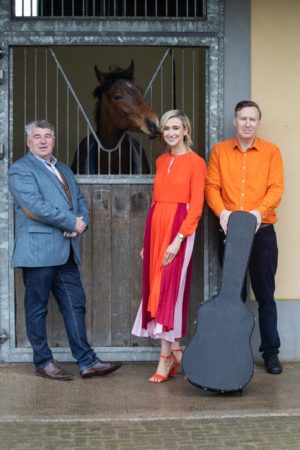 Tickets for the Barry Group Race and Taste Festival can be purchased in advance online at www.corkracecourse.ie and are priced at an excellent value of €15. Further additions to the festival and transport updates will be announced soon.