The legendary John Spillane will perform in concert at Eire Og, Ovens on Saturday 27th April at 8pm. John Spillane will be joined in concert by Castletownkinneigh choir, True colours and Cor Geal Whitechurch in which promises to be an entertaining night full of songs and stories. Kilmurry Historical and Archaeological Association are putting on yet another high-quality offering following their previous three sell-out concerts which featured artists like Seamus Begley, Jim Murray, Liam O Maonlai and Sean O Se. 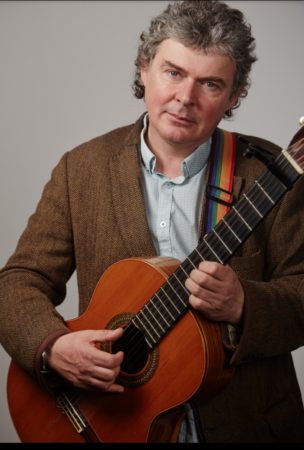 John Spillane is a songwriter, performer, recording artist whom brings life and joy to his performances. Spillane live performances captivate and brings the audience to a place where people can reflect, listen and enjoy the good times” The tracks exhibit spillne’s remarkably prolific output of gorgeous, peaceful tunes”Lisa Coen, Hot press. Two time meteor award winner, John is one of the most accomplished songwriters in Ireland today” some of the most skillfully crafted songs anyone has written in Ireland over the past dozen years” Erin Hitcher, Irish echo, The wall street Journal.

Tickets are on sale 20euro from Mary 0876568110 or from eventbrite and also visit for concert details on www.kilmurrymuseum.ie. The proceeds will help the running of the voluntary museum and community centre in Kilmurry. Opened in August in 2016 by president Michael D Higgins. The exhibition is a purpose built museum that relates primarily to the struggle of Irish Independence in the local area.