One third of Ireland’s bee species are threatened with extinction. Local authorities have a leading role to play in reducing their decline and protecting them and our other important pollinators. With this in mind staff at the East Cork Municipal District council offices at Midleton Lodge Park recently took action by creating a flagship meadow to provide sanctuary to our beleaguered bees. 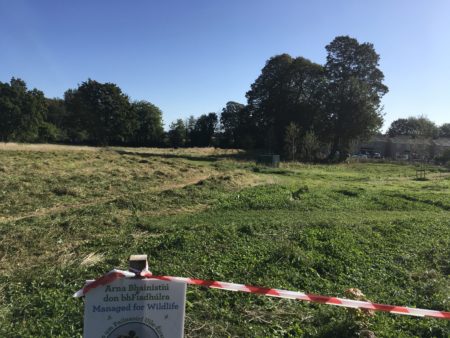 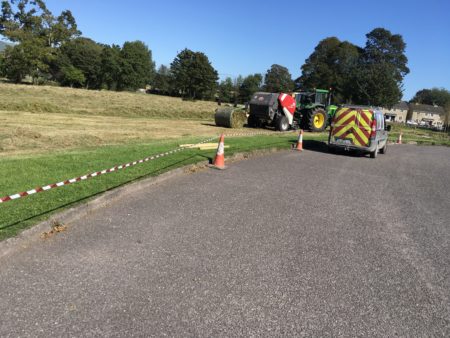 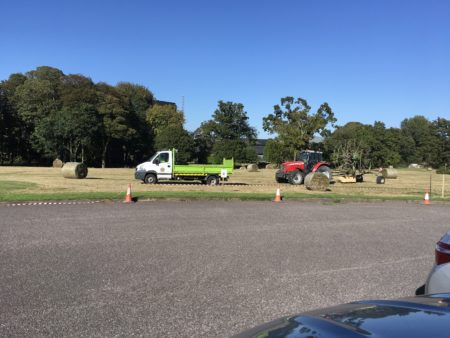 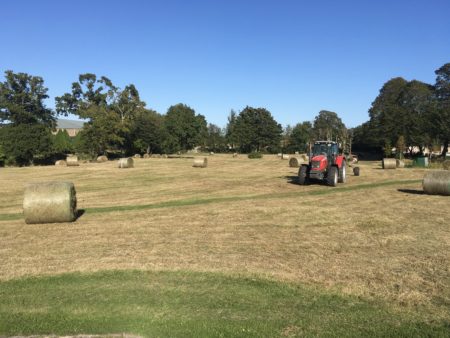 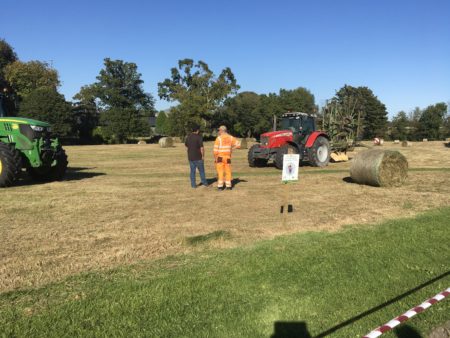 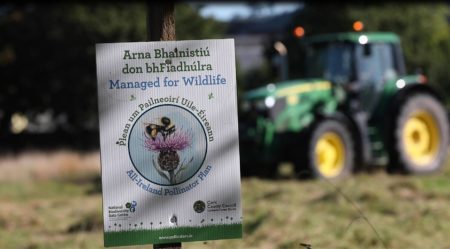 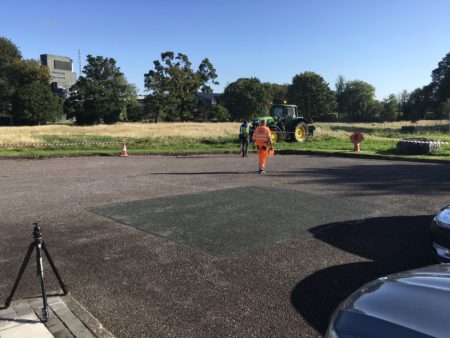 A suitable five-acre area of frequently mown grass in Midleton Lodge Park was identified and the frequency of mowing was altered to leave it uncut until September each year. This new cutting regime allowed more native plants to flower, providing more food and safe nesting areas for pollinators.

The meadow was a great success in its first year with a surprising number and variety of native wildflowers appearing including the rare Bee Orchid. Dr. Una Fitzpatrick of the National Biodiversity Data Centre commended the project on a recent visit saying “Midleton Lodge meadow is the best news story of the year for me”.

The All Ireland Pollinator Plan, a framework and shared action plan from the National Biodiversity Data Centre, aims to collectively take positive steps to protect our pollinators and the service they provide, into the future. The Midleton long flowering meadow is an excellent resource for pollinators and is a long-term action on the pollinator plan. It is a perfect meadow for bees as it has grass mixed with plenty of pollen and nectar-rich flowers like the hay meadows of old.

Chief Executive of Cork County Council, Mr Tim Lucey said “Cork County Council has a pivotal role to play in protecting and promoting biodiversity in the county and in leading by example. This flagship meadow on Council owned land demonstrates sustainable land management methods that are easy, cost effective and good for the environment. We hope that this model site will encourage other landowners to follow suit and try similar biodiversity friendly methods.” 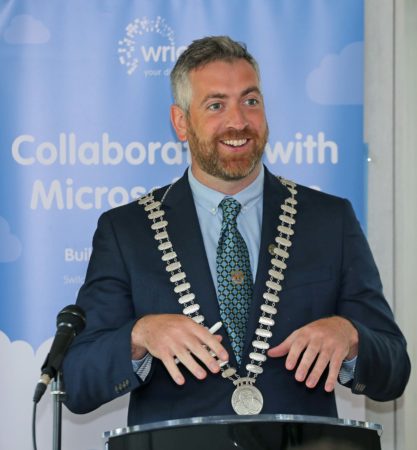 Mayor of the County of Cork, Cllr Christopher O’Sullivan welcomed the success of the biodiversity pilot saying “It’s great to see the success of the Midleton Lodge meadow in its first year, with such a variety of wildflowers already. It demonstrates cheap and easy steps to provide food for our pollinators. . Public parks and open spaces in the care of the Council play an important role in increasing connectivity between pollinator friendly sites in the wider countryside.”
Mayor O’Sullivan added. “I would encourage everybody – community groups, schools and individuals – to help create pollinator friendly zones wherever they can. From window boxes to meadows, you can get lots of information on www.pollinators.ie”

You can find Midleton Lodge Park Meadow logged in ‘Actions for Pollinators’ https://pollinators.biodiversityireland.ie/ the online mapping system that allows everyone – gardeners, farmers, Councils, businesses, local communities , and schools to register the actions they have taken for pollinators and put their pollinator-friendly locations on the map.

Midleton Lodge was constructed in 1790 by Mr. Marcus Lynch who also established a Woollen Industry on the site of the Old Murphy’s Distillery (now part of Midleton Distillery complex).

The house was occupied continuously up to the 1970’s and was acquired by the former Midleton Urban District Council, refurbished and opened in 1986 as the Council’s Offices.

Within the grounds are old stables and grooms quarters, an old Kiln and a Blacksmith’s Forge. Part of the grounds is laid out as a gallop and a stone bridge spans the Dungourney/Roxborough River.

The grounds are planted with mature trees, including specimen trees and are now a Town Park while Midleton Lodge itself is the offices of East Cork Municipal District. www.visitmidleton.ie

Find Midleton Lodge Park Meadow logged in ‘Actions for Pollinators’ https://pollinators.biodiversityireland.ie/ the online mapping system that allows everyone – gardeners, farmers, Councils, businesses, local communities, and schools to register the actions they have taken for pollinators and put their pollinator-friendly locations on the map