The story of Ellen Hutchins of Ballylickey, Ireland’s first female botanist, features in the Journal of the Cork Historical and Archaeological Society 2019, which will be launched today. 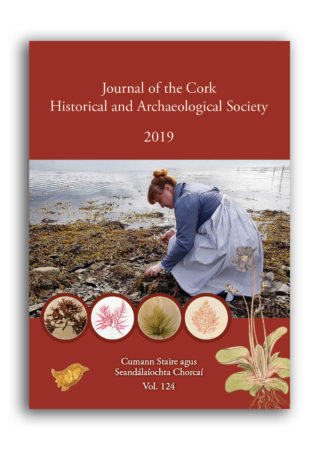 Ellen Hutchins’ story is of a bright young woman, in remote rural Bantry Bay, West Cork, in the early 1800s. Described by one botanist friend as ‘indefatigable’ and highly skilled in plant identification, Ellen focused her energies on the study of the non-flowering plants (cryptogams) – seaweeds, lichens, mosses and liverworts – and in an eight-year period, before her ill health incapacitated her, she discovered a number of plants new to science and others new to Ireland. 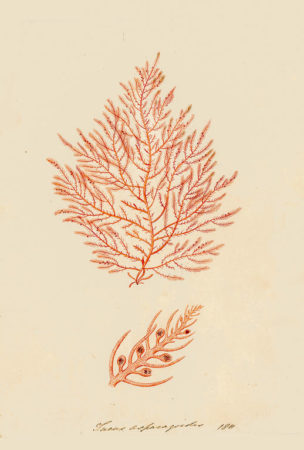 Watercolour of seaweed by the Ballylickey lady

The story of Ellen Hutchins and her connections with Cork and the male-dominated world of botany in the nineteenth century is one of the articles in the 2019 volume of the Journal of the Cork Historical and Archaeological Society. The journal will be officially launched by Dr Mervyn O’Driscoll, Head of the School of History, UCC, in Cork City Library, Grand Parade, on Thursday 31 October 2019, at 6.30pm. The event is free and open to members of the public.

Madeline Hutchins, author of the article ‘Ellen Hutchins (1785-1815), Ireland’s First Female Botanist: her connections with Cork City and its Botanists,’ tells us that: “Ellen Hutchins was a highly respected member of a specialist community of botanists and had several plants named after her, including a moss, Ulota hutchinsiae (Hutchins’ Pincushion). The type specimen of this moss, and most of her other finds, are held in the Natural History Museum, London, and are still used in plant identification and research today.”

Ellen was active from 1805 to 1813, in a relatively small area adjacent to her home in Ballylickey on the shores of Bantry Bay, its islands; in the woods at Glengarriff; over heath, marsh, bog and on the mountains that surround the bay. She was also a talented botanical artist, an avid letter writer and a devoted daughter and sister, spending years looking after her mother and a disabled brother, while suffering from poor health herself. Tragically, she died young, just before her thirtieth birthday.

The article on Ellen Hutchins is one of many about the history and archaeology of Cork City and County. Other articles in the journal deal with the medieval friary at Castlelyons (written by Anne-Julie Lafaye); archaeological excavations of a medieval smithy and corn-drying kiln at Templenoe near Fermoy (Graeme Laidlaw); the Crofts brothers of Churchtown, north Cork, during the turbulent late 1600s (James O’Shea); agrarian murder in west Cork in the nineteenth century (Anthony Cronin); the allotment scheme in Cork city introduced during WWI (Mary Forrest), and the early history of the ITGWU in Cork (Francis Devine). All are welcome to attend the launch and the journal will be available on the night. 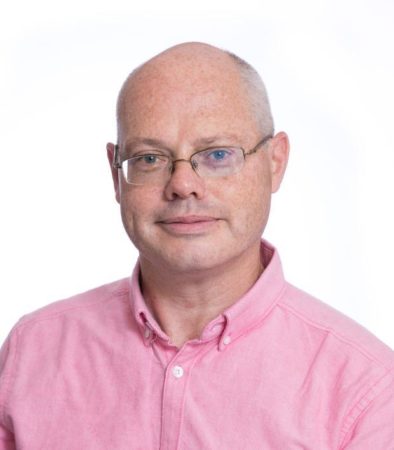 ‘The people of Cork city and county are indeed fortunate to be served by the Journal of the Cork Historical and Archaeological Society. It continues to make a vital contribution by expanding the boundaries of our understanding of Cork. The new issue contains an abundance of pioneering research on all aspects of the past. It illuminates life in all its richness in Cork down through the centuries. Anyone interested in heritage will value it.’ – Dr Mervyn O’Driscoll, Head of the School of History, University College Cork