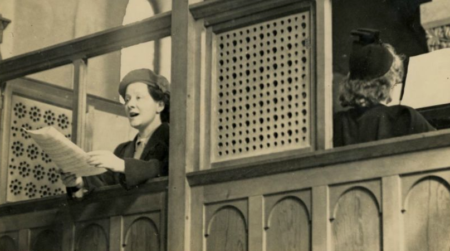 Cork City and County Archives Service is delighted to have received a donation of the extensive personal archive of Rita Lynch, Ireland’s most famous soprano of the mid to late 20th century. A reception was held at Cork City and County Archives on 21 November with Deputy Lord Mayor of Cork, Cllr. Fergal Dennehy and Rita Lynch’s family in attendance to mark the generous donation from her family.

One of the first musicians of worldwide fame to hail from Cork, Rita Lynch’s singing career spanned two decades from 1935 to 1955, during which the ‘Golden Voiced Soprano’ won every singing accolade both in competition and in public performance.

Lynch was born in Macroom in 1914 to a family full of musical talent. Showing singing ability at an early age, and encouraged by her mother, she was educated at the Ursuline Convent in Blackrock, Cork, where her vocal ability was also recognised. In 1939, Lynch won the renowned Count John McCormack Competition, the final of which was broadcast live on radio, attracting a huge listenership and wide interest. Lynch’s early career was disrupted by the Second World War, however she went on to record for HMV and to tour extensively in Ireland, the UK and USA, performing in various operas, concerts and oratorios.

Deputy Lord Mayor of Cork, Cllr. Fergal Dennehy said: “The Rita Lynch archive offers a fascinating glimpse of mid 20th century Ireland – with its extensive and high-quality materials, it will prove to be a major research asset for our historians. Thanks to the kind generosity of Rita Lynch’s family, the public will soon have the opportunity to learn about one of Cork’s most fascinating cultural icons.” 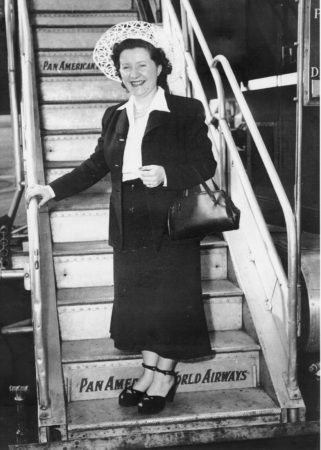 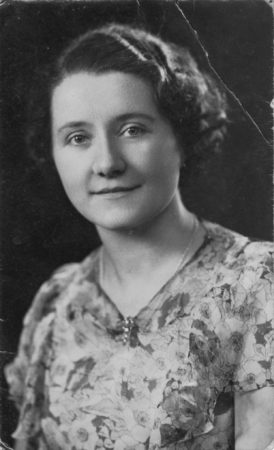 Brian McGee, Senior Archivist at Cork City and County Archives said: “I would like to express my sincerest gratitude to Rita Lynch’s family on behalf of the archives service. This large collection consists of programmes, press clippings, correspondence, cards, telegrams, photographs, awards, audio/music recordings, all documenting Lynch’s illustrious career and will be made available to the public once it has been conserved, catalogued and processed by the Cork City and County Archives Service. The archive has been kept with great care by Lynch and her family and will be an important asset for cultural history, music, and social studies historians of the 20th century.

Mary Davies, daughter of Rita Lynch, said: “Our mother had an instinct for collection and preservation. The archive isn’t a second hand assemblage of her life after her passing, but is her own personal and deliberate safe – keeping of the details of her wonderfully interesting life. The collection is a multi-faceted treasure trove which is now in the safe hands of the CCCA and we hope that it will provide rich material for study by future generations.”