Cork Person Of The Year 2019 is CervicalCheck Campaigner Stephen Teap 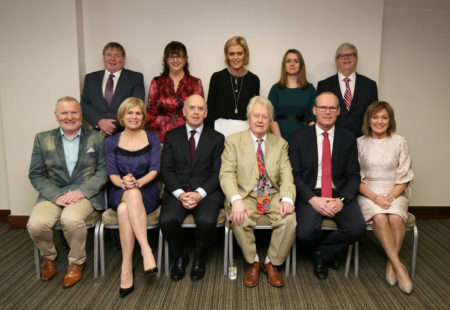 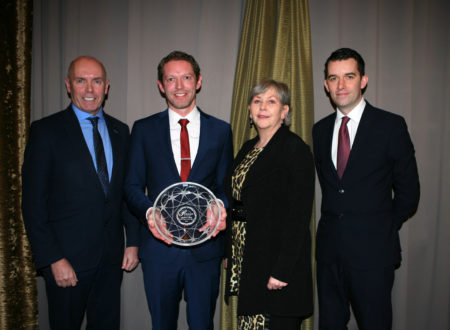 Stephen Teap from Carrigaline, a leading campaigner on behalf of all those impacted by the CervicalCheck screening failures in Ireland, has been chosen as Cork Person of the Year at a gala awards lunch on 17th January at the Rochestown Park Hotel. Stephen, who lost his wife Irene to cervical cancer in July 2017, received a standing ovation from the 250 attendees who represented all aspects of Cork life.

In 2018 Stephen, alongside fellow campaigners Vicky Phelan and Loraine Walsh, launched the 221Plus Patient Support Group, which helps victims directly affected by the CervicalCheck screening failure, providing them with advice, information and support. He is also one of the patient representatives on the Cervical Check Steering Committee, whose members include representatives from the Department of Health, the HSE and the Irish Cancer Society.

In August 2019, Stephen met with An Taoiseach Leo Varadkar and Health Minister Simon Harris and was crucial in the arranging of a formal apology on behalf of the State to the women and families affected by the CervicalCheck scandal. “One of the reasons for an apology is that it starts the healing process,” said Stephen.

Stephen Teap is the father of two young boys Oscar (5) and Noah (3).

“I felt this scandal affected everybody in Ireland, and it was not just a problem for women, but for everyone who’s lives were impacted,” Stephen said. “On behalf of all those families affected, I want to make sure that the problems surrounding the Cervical Check Screening Programme and general women’s health are improved upon for Irish woman in the future. This great honour will now further help promote our work to get accountability and justice for all involved”, added Stephen.

POLITICS: Hogan’s “LNG win-win” speech is representative of Fine Gael’s ‘greenwashing’, says Green Party’s Lorna Bogue
Previous Post
POST NO BILLS: Did you know that illegal signage is considered to be a form of litter?