IRISH IN OZ: Ballymaloe Relish to be distributed in Australia

In ‘stralia Vegemite is a national treasure, well now a well liked Irish product will hit the shelves and is expected to have the same cult following 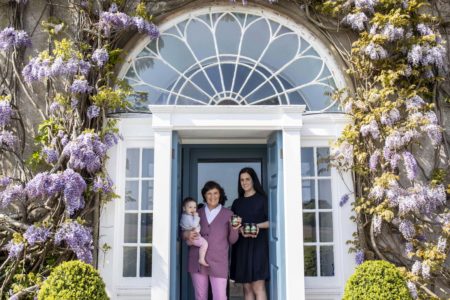 Mother daughter and grand-daughter Yasmin and Maxine Hyde and baby Clara of Ballymaloe Foods which is based in East Cork
Picture: Clare Keogh

Marketing Manager of Ballymaloe Foods, Gary Hanrahan said: “We are very excited to be supplying Coles in Australia. We hope we can bring a taste of home to the thousands of Irish people living in Australia. This unprecedented time has led us to take a step back and appreciate the things around us, like family, friends, nature and good food. Now is the time to cherish those food moments. From sausages to succulent chicken breasts, through to veggie burgers, Ballymaloe Relish is the perfect accompaniment to any BBQ.”

The company has 33 staff and 14 products and exports into Germany, the Netherlands, and the US. Its products include relishes, mayonnaise, pasta sauces and dressings. They are based in Little Island, Cork