The volunteers of Crosshaven RNLI lifeboat were paged at 5.51pm this evening to go to the aid of a broken down vessel, East of Power Head. 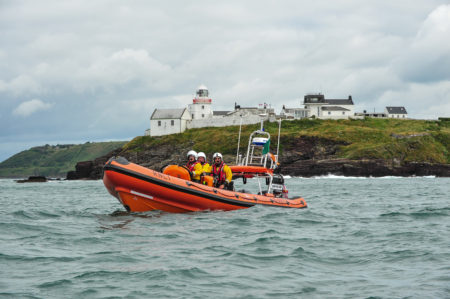 The lifeboat with Ian Venner in command and with Claire Morgan, Derek Moynan and Jonathan Birmingham on-board made best speed towards the Casualty in good conditions and a slight sea.

First reports were that the 23′ powerboat with 2 persons on board had broken down and was at anchor awaiting help.
Enroute, the lifeboat crew was informed by the Coast Guard that the casualty had managed to restart their engine and was slowly making for Ballycotton and would be obliged for the lifeboat to escort the vessel into the harbour.

The lifeboat crew were happy to oblige and saw the vessel safely moored in the harbour at Ballycotton.

Commenting on the incident, helm, Ian Venner said the vessels owner had ‘done everything by the book and called the problem into the Coast Guard immediately and then anchored the vessel.’

Launch crew on this call out were Sandra Farrell, Susanne Deane, Richie Leonard and Caomhe Foster. The lifeboat returned to station at 8pm.

AREA: SOUTH CORK, NEWS
How to Keep Your Staff on Track When Working from Home
Previous Post
Dunnes Stores Anti-Aparthied Strikers back Debenhams workers
Next Post
Tweets by @TheCork_ie