The Green Party in Cork has welcomed investment of millions of euro in pedestrian, cycle and green infrastructure for the city in 2020 and 2021. €4m has already been approved for investment in works to be completed by the end of November this year as part of the stimulus package announced by the new government. A further €42m has been applied for by Cork City Council for 2021, which will be assessed by the government.

Projects will include improved lighting, footpath and cycle facilities across the city, including in the new towns and suburbs that have come into the city since the boundary change. Specific schemes applied for include the widening of pathways on the Blarney to Waterloo walkway, a new off-street cycle track connecting residential areas in the Glen, and a cycleway connecting UCC and healthcare workers in CUH. Works at South Douglas Road to enable pedestrian and cycle access to the Tramore Valley Park are also expected to be included.

Green Party councillor for Cork City North East, Oliver Moran, said this was the start of a new phase of green investment in Cork:

“This is the start of a new phase of investment in active and sustainable transport in the city directly as a result of the Green Party being in government. These are practical measures that will make existing infrastructure better. They include improvements to footpaths and zebra crossing, up to 50 new radar-controlled speed signs, and automatically raising and lowering bollards to keep city streets safe for pedestrians and accessible for businesses.” 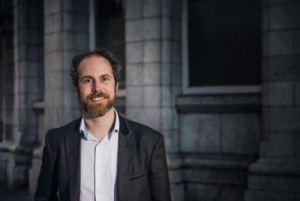 “I’m particularly impressed at the attention to soft requirements encouraging a more walkable city. One of the key determinants of people walking and cycling in urban areas is the urban environment and air quality. After the success of the parklet on Douglas Street, the city council will seek funding for 10 more across the city. We will look to create in a quiet place for families and older people on Grattan Street as well as placing 30 mature trees in the city centre. The city will also try out two new ‘moss walls’ that remove pollution from the air. Each of these can clean the same volume of pollutants as 275 individual trees.”

“One of the priorities for this government when we took office in June was to respond to the economic difficulties brought about by the Covid crisis. We immediately turned our attention to the putting together a package of measures that would go some way to rebooting the economy.”

“These projects will make a real difference at local level when it comes to improving infrastructure for cycling, walking and will make our cities, towns and villages more accessible and attractive for everyone. That’s good news for local communities, and good news for the economy. I look forward to seeing these projects coming to fruition in the weeks and months ahead.