Sinn Féin TD for Cork South Central Donnchadh Ó Laoghaire TD has called on the government to intervene in the escalating crisis at Cork Airport. Speaking after reports that Ryanair are considering closing their base at Cork airport, he said. 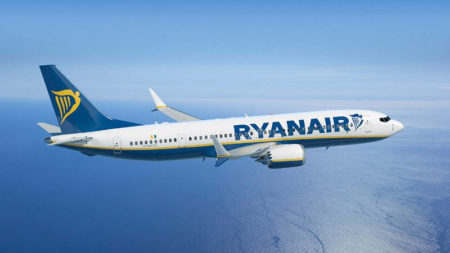 “This is extremely concerning news, that no doubt has caused massive stress and anxiety to the hundreds of workers and their families in Cork. It comes on top of the news that Aer Lingus is also contemplating closure in Cork.

While it is clear that the pandemic has had a major impact on travel and aviation, Cork will nonetheless still need air travel when normality returns, and these workers and their families will still need an income. These are extremely hard workers, with kids who depend on them and bills to pay, and they must be protected.

The Government here has taken a completely hands-off approach to dealing with this ongoing aviation crisis. In May, and again in June, I warned the Government that it cannot simply watch this happen. Appeals to the Minister to step in and protect these workers’ jobs seem to have fallen on deaf ears.

I have been urging the Government to start planning for the future, and again today have written to the Minister for Transport, Eamon Ryan, urging him to intervene to develop a plan for sustainability in aviation and to save these jobs. The Minister has showed his disinterest in the past, but must now immediately engage with stakeholders to safeguard the livelihoods of those who work at the Cork Ryanair base.

The Government must swiftly ensure that no jobs are lost in Cork, and that the Cork Ryanair base can be safeguarded. We have the Taoiseach and 2 more senior Ministers in this constituency. Taoiseach Martin, and Ministers Coveney and McGrath need to address this urgently – any closure simply cannot be allowed to happen.”

“Two faced TD’s who are speaking out of both sides of their mouths”
Previous Post
Schools are ‘already overcrowded’, so how can students ‘distance’ to prevent COVID19? asks opposition TD
Next Post
Tweets by @TheCork_ie