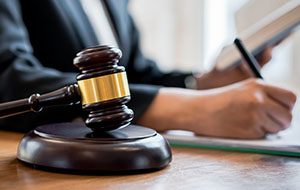 The Minister for Justice, Helen McEntee, has today written to the Legal Services Regulatory Authority to ask that they prepare and submit a report on the Creation of a New Profession of Conveyancer.

Currently, only Solicotrs can perform conveyancing, and it is typically an area of business with predictable profits that support other areas of legal practice. An intended consequence could be the increase of legal fees for other work. There are certainly arguments pro and anti.

“Under Justice Plan 2021, I am fully committed to reducing legal costs and reforming legal services.

“My request to the Legal Services Regulatory Authority to report on the creation of a new profession of Conveyancer is an important step in continuing the process of legal services reform and providing more options and choice to the users of legal services. It also supports my objective to reduce legal costs for consumers and businesses.

“Most of us engage in conveyancing at key stages of our lives, when we buy homes or business premises, so we all have an interest in reforming this area.

“Justice Plan 2021 also puts the Digital First agenda at the centre of the Justice Sector. In considering the establishment of a new conveyancer profession, I have asked that the LSRA specifically consider the potential of digital technology to reduce the cost and the time in which it takes to carry out a conveyance, and that this consideration is taken into account in carrying out their work.”

England, Wales, Scotland, most Australian States and New Zealand are among those countries who have professional conveyancers who operate with appropriate regulation.

The Legal Services Regulatory Authority will submit its report to the Minister within 18 months.

Minister McEntee thanked Dr Don Thornhill, the LSRA Chair, and the other LSRA members for agreeing to take on this additional task. The Minister also encouraged people to participate in the public consultations that will be announced by the LSRA in due course.

Under section 34(5)(a) of the Legal Services Regulation Act 2015 Act the report on the creation of a new profession of conveyancer ‘shall be provided to the Minister within a period specified by the Minister in a written notice to the Authority requesting the report’. Also, under section 34(5)(b) ‘it shall contain such details and make recommendations as to such matters as may be specified by the Minister in the notice’ to the Authority.

The LSRA have indicated that they would contemplate an 18-month period for the report’s completion and submission once requested. All reports under section 34 are to be prepared and furnished to the Minister ‘following appropriate public consultation processes’ and provision is also made for interim reports to be made during the process.

The introduction of a new profession of conveyancer was one of the few remaining recommendations on legal services reform that were made by the Competition Authority in 2006. While it did not prove possible to introduce a new profession of Conveyancer in time for the Legal Services Regulation Act 2015, provision was made under section 34 of that legislation to carry the proposal forward by Ministerial request. Minister McEntee has now invoked this measure with a report to be prepared and furnished within eighteen months by the Regulatory Authority.

In her request to the Authority to report on this matter, the Minister has asked the Authority to include consideration of the following matters by way of making any relevant findings and recommendations –