Cork is ready for a cashless society

In Ireland “N26” used to mean a national primary road in County Mayo, but now it also means a German online bank, which happens to have an Irish COO.

Digital bank, N26 (a competitor of Revolut), has released the results of a survey of consumers based in Cork and its surrounding areas that examines the level of trust in the banking sector in Ireland. The survey, conducted by Censuswide on behalf of N26, canvassed 1,000 respondents nationwide to also investigate consumer banking habits, and views on the current and future banking landscape in Ireland.

71% of all respondents living in Cork indicated that they trusted digital banking applications like N26 with 65% of these respondents indicating that it was due to the simplicity of banking services. 52% said they brought a fresh new perspective on banking and 55% indicated that fee transparency was a reason for trusting digital banks.

59% of the respondents living in Cork who said they would open an account with a European bank stated the reason for doing so was that European banks charge lower fees compared to an Irish legacy bank. 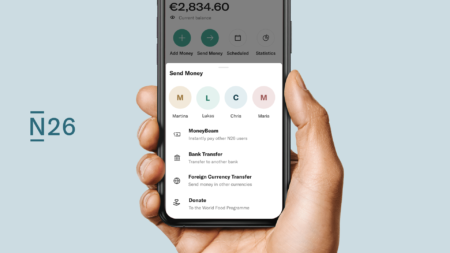 Of those in Cork who said their overall trust in banks had decreased due to the pandemic, they noted that ‘more fees’ (31%) and ‘branch closures’ (44%) caused them to lose trust in their bank. 25% said that ‘bad virtual customer service’ was a reason for their distrust in their main bank.

The positive impact digital banks like N26 has on the general banking landscape in Cork was evident with over half (55%) of those surveyed believing that digital banks are making Irish banks up their game and improve their levels of customer service.

On the issue of fees, 56% of all respondents based in Cork said they would prefer a subscription based style of banking with monthly fees, similar to the likes of Netflix or Spotify. Across all of Ireland, those most in favour of a subscription based banking model were in the age group 25-34 (68%) with those aged between 35-44 close behind with 62% in favour of this model.

When deciding on a bank to open an account with, 58% of respondents living in Cork said ‘no monthly fees,’ (50%), ‘online and mobile access’ (50%) and ‘free ATM access (51%)’ were influential factors in their decisions. Other elements that were considered by those surveyed included ‘no limitations on the number or method of transactions’ (36%), ‘no minimum balance required’ (34%), and ‘high interest rates on savings accounts’ (27%).

It comes at a time when global trends suggest a move from in-branch banking to online banking services which has been accelerated due to the ongoing Covid-19 pandemic. N26’s own data has shown that ATM withdrawals fell across Europe by over a third during the pandemic. 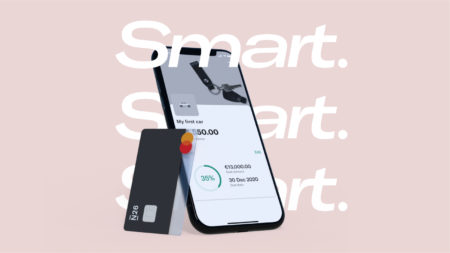 Of those surveyed in Cork, there have been slight changes to ATM withdrawals when comparing the behaviour prior to Covid against the last 12 months. 26% of respondents said they withdrew money from an ATM once a week before Covid compared to 15% who said they have done the same in the past year.

It also highlights the need for the digital and online banking structures to be in place in a post-Covid Ireland with customers less likely to turn to previous banking habits such as in-branch banking and cash payments. In the past 12 months, N26 has seen an increase of 56% in mobile payments across Europe with Apple Pay and Google Pay compared to last year with Ireland, an already highly digital country, witnessing a 21% increase in mobile payments compared to last year.

“The last 12 months since the Covid-19 pandemic began has shown us that there is a transition taking place in how we do our banking, from in-person in our local branch to online via a bank’s website or mobile app. I believe Ireland is a prime example of such a transition with the high growth and adoption of digital banks such as N26 as well as the recent announcements by established banks in closing their physical branches and starting to move towards digital banking. 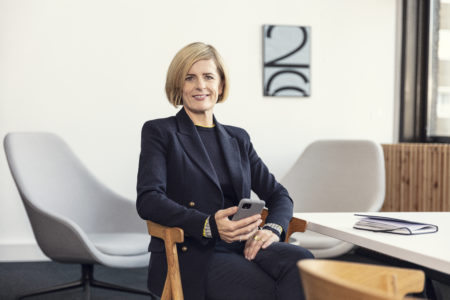 Irish woman Adrienne Gormley is COO of N26. According to her LinkedIn she first studied for Zoology at TCD, but later switched to business

While reports have suggested that the main Irish banks are lagging in their digital offerings, N26 offers these services already and allows Irish customers to manage their savings online with a secure, fully licenced bank. We have always ensured that banking is kept simple so anyone aged 16 to 106 can use our mobile app. One of our key takeaways from this survey is the cautious approach of those aged 55 and over who are unsure about a subscription based banking model. We’ll be certainly looking at ways to address this with consumers. Trust is hugely important to us and we want to ensure consumers of all walks of life see the benefits of digital banks such as N26, especially in this changing world we are all trying to navigate through.”