The lifeboat which arrived at the Cork lifeboat station last week, replaces the last Atlantic 75 in Ireland, Margaret Bench of Solihull, which has been used to save lives at sea in West Cork since 2017. Previous to this, Maritime Nation was in service from 2014. Both of these lifeboats came from the RNLI’s relief fleet. 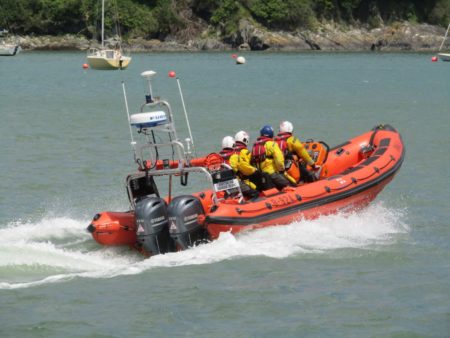 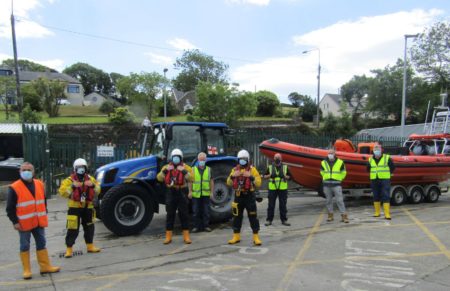 The new lifeboat has been funded through a legacy from the late Raymond Fielding. Raymond and his wife Christine were keen sailors and sailed into Glandore Harbour many times over the years. Due to his many fond memories of West Cork, he wanted his legacy to fund an Atlantic 85 class lifeboat and he requested that it came to Union Hall.

Volunteer lifeboat crew began familiarisation training on the new lifeboat on Monday. The Christine and Raymond Fielding will be officially named at a special naming ceremony and service of dedication at Union Hall lifeboat station at a later date.

The new lifeboat has some advancements on its predecessor. The Atlantic 85 design allows room for four crew members and more kit than the Atlantic 75 lifeboat, which only had room for three crew members. The lifeboat is powered by two 115 horse power engines and has a stronger hull and greater top speed of 35 knots. The added radar allows the crew to operate more effectively in poor visibility and there is also VHF direction-finding equipment. The vessel also has a manually operated self-righting mechanism which combined with inversion-proofed engines keeps the lifeboat operational even after capsize. The lifeboat can also be beached in an emergency without causing damage to its engines or steering gear.

The Atlantic 85 which was introduced to the RNLI fleet in 2005 also carries a full suite of communication and electronic navigation aids, as well as a searchlight, night-vision equipment and flares for night-time operations.

Speaking following the lifeboat officially going on service, John Kelleher, Union Hall RNLI Lifeboat Operations Manager said: ‘We are extremely grateful to Raymond Fielding for his generous legacy donation which has funded our permanent lifeboat here at Union Hall. As we welcome a new lifeboat, there is also a sense of nostalgia as we are the last lifeboat station in Ireland to use an Atlantic 75 lifeboat.

‘We are looking forward to being the custodians of this new lifeboat which will allow our volunteers to go on to rescue and save many more lives in the years to come.’