87-year-old Mr O’Sullivan of Lough Villas, The Lough – and formerly of Barrack Street – passed away peacefully this morning at home surrounded by his family. The well known Cork man had a long career which included working for An Post, being a Labour City Councillor – including a term as Lord Mayor – a TD, and a Minister of State. He had also been Honorary President of St Finbarr’s Hurling and Football Club, and Honorary President of the Barrack Street Band.

Reposing at Fordes Funeral Home, South Gate Bridge, on Monday December 13th from 5pm until 6pm. Requiem Mass will be on Tuesday December 14th at 12.30pm in the Church of the Immaculate Conception the Lough which can be viewed on https://www.churchservices.tv/thelough Funeral afterwards to St Finbarr’s Cemetery. 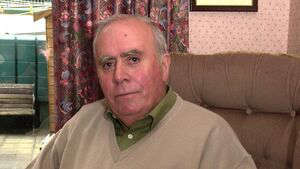 Comments from the political community

Various political figures have today extended his sympathy to the family and friends of former Cork Labour Party TD Toddy O’Sullivan who has passed away.

“Toddy was a stalwart of the Labour Party in Cork over many decades, and great supporter of my own. He lived a long and successful life, and I am very sad to learn of his passing. I regularly sought his counsel, and he will be greatly missed by all those who worked closely with him over many years.

“As a student in UCC I got to know him very well and he was an inspiration to be around, having a deep knowledge and love for his constituents, his party and supporters. I recall many enjoyable visits to his home in the Lough down the years, and he was always so welcoming, and willing to pass on advice and support. The last time I called to him was at the outset of the leadership contest early last year.

“Cork has lost a true gentleman, and someone who always worked hard for his city. Starting from a low electoral base, Toddy worked assiduously to build the Labour Party in Cork and between the local elections of 1974 and 1979 he more than doubled his first preference vote to 1,199 in the South West ward of Cork Corporation. He went on to serve as a very successful Lord Mayor of the city he loved in 1980.

“A staunch trade unionist, he was always on hand to support his colleagues in the Post Office Workers Union and was rooted in his community in the Barrack Street area in the south inner city.

“Toddy first stood for the Dáil in the 1979 Cork City by-election after the death of Patrick Kerrigan and he laid a mark immediately, doubling the Labour vote from 10.2% to 22.6%. He went on to top the poll in 1981 winning a seat in Cork North Central and was returned to the Dáil a further five times, switching to Cork South-Central in 1987 which was a huge risk at the time but an incredible win when it delivered.. He went to be elected Chair of the Parliamentary Party in 1989.

“Toddy leaves behind a distinguished record of service, nationally and locally, and will continue to be an inspiration to future generations of Labour activists in Cork.

“On behalf of the Labour Party I extend my deepest sympathies to his family, friends, supporters and local community.” 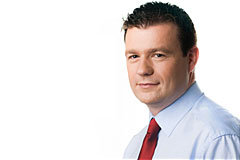 “Toddy O’Sullivan will be remembered as one of the most warm-hearted members of the Oireachtas. Having had the privilege of being a colleague of his for decades, I can attest to that.

He loved Cork in all its dimensions, be it history, politics, sport or personality.

He was a great friend of the late Frank Cluskey, and during Frank’s final illness, Toddy never went back to Cork without visiting him.

All of us who were members of the Federated Workers’ Union of Ireland (F.W.U.I.) can recall what a principled trade unionist he was.

As a T.D., as a Minister of State he made a fine contribution. He did so also as Lord Mayor of Cork – a personal highlight for him during a lifetime in local representation.

However, his friends will remember him, as will I, for his warm humour, and a volatility fuelled from his sense of decency and needed reform.”

“I am deeply saddened to learn of the passing of Toddy O’Sullivan.

As a Minister of State, TD, Lord Mayor and City Councillor, he served his city and his country with passion, integrity, dignity, and total commitment throughout his life.

From my early days serving on Cork City Council in 1985, Toddy was a mentor and friend in politics.

He understood the importance of a cross-party approach for the benefit of the people.

In the Fianna Fáil and Labour government of the early 90s, we worked well together, and Toddy was a fierce advocate for working people and the poor.

Whether in his capacity as city councillor, TD or Minister of State, he worked hard to advance the interests of the people of Cork and the country.

We will miss him.” 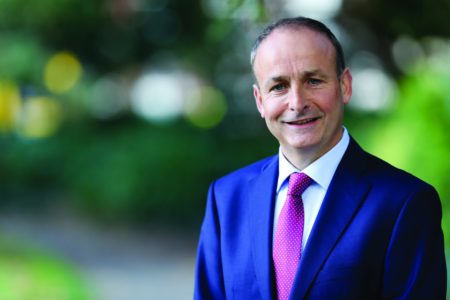