A post-Brexit world has vastly changed the way Brits will travel and European holidays in 2022 will come with a few extra hurdles.

But it is not all bad news. Understanding the new regulations is easy and your trip can still be hassle and headache-free if you get familiar with rules like ETIAS for UK citizens and border policies in the EU.

There are 60 countries that can enter the EU visa-free.

The European Union has postponed the launch of the European Travel Information and Authorization System (ETIAS) to November 2023 according to the Guardian.

The ETIAS visa waiver is a new measure taken by the EU as an extra form of security as visa-free entry has previously created an information gap at immigration.

With the new system, those wishing to travel to the EU will need to fill in a travel application and pay a small fee. The ETIAS visa waiver is issued within minutes and should not pose a problem to most travellers.

If there is cause for concern the application will be checked further, which could take up to 30 days.

The ETIAS waiver is only for those over the age of 18 and younger than 70.

How Long Can I Stay in the EU?

The EU has agreed to let UK citizens stay in the Schengen Zone for 90 days in every 180-day cycle. This could be all at once or broken up into short visits.

Visits to Bulgaria, Croatia, Cyprus, and Romania will not count towards the 90-day allows into the zone. Ireland is also accessible outside of these regulations.

Once the 90-day limit has been reached, a person would no longer qualify as a short-term tourist and they would need to apply for a long-stay visa.

Before Brexit, it was possible to travel around the EU with a British passport right up to the day of its expiry.

This rule has now changed and British passports must be valid for 3 months after a person departs the EU. Some countries even require a 6-month validity after departure so it is crucial to investigate before travelling.

The date of issue is also important as the passport must have been issued in the last 10 years. Previously, it was acceptable to use a British passport up to 9 months after the 10-year period.

The 3-month rule applies to the following countries:

Brits using their phones in Europe have been able to take advantage of many networks’ “free-roaming” deals for the last 8 years.

Many networks, of which Three was the first, have since cancelled these arrangements and will charge a nominal fee per day for roaming across Europe.

Other companies that will introduce these policies include Vodafone, O2, and EE. Three has said the cost will be £2 per day with a data cap of £45.

So, checking for accommodation with WIFI might be high up on your checklist and it is best to advise yourself on local policy for tourist sims to save some money.

Changes at the Border

UK nationals must get used to changes at border control, including getting stamped when entering and exiting the EU. 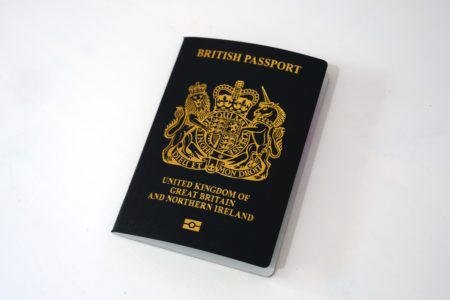 The United Kingdom’s Foreign, Commonwealth & Development Office (FCDO) has issued some advice for visitors to the EU including to “check your passport is stamped if you enter or exit the Schengen area as a visitor.”

“If relevant entry or exit stamps are not in your passport, border guards will presume that you have overstayed your visa-free limit,” they stated.

The FCDO also advises travellers to carry supporting documents with them including a European Health Insurance Card, travel insurance, proof of accommodation, proof of funds for the duration of the stay, and an onward ticket.

Those entering the EU through ferry ports and the Channel Tunnel should also be ready for longer waiting times as the new EU Entry/Exit System requires more checks that could cause delays at these points of entry.

Since Brexit was finalised (January 1, 2021), one important change is the replacement of the European Health Insurance Card, which is no longer valid for UK citizens.

There is already a transitional option available in Norway where a British passport will allow access to state-provided medical care.

There are also arrangements being made for reciprocal care with Switzerland and other European Economic Area states.

This cover is not full medical or travel insurance and will only give the holder access to free state-provided care or treatment at a lower cost in emergencies.