With over 40 scheduled routes served by 8 airlines on offer to passengers in the South of Ireland, Ireland’s second largest airport is preparing for the busiest summer season in three years. 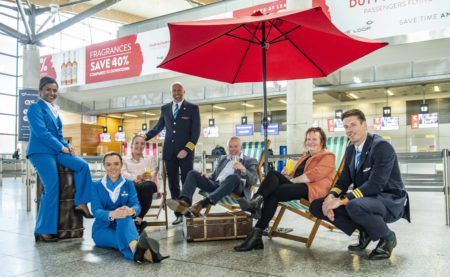 Cork Airport has officially launched its 2022 Summer Schedule which includes over 40 scheduled routes, served by 8 airlines. With over 2 million passengers forecasted to travel through Cork Airport this year, passengers across the south of Ireland have unrivalled choice of holiday destinations for that long-awaited summer getaway or city break. The Summer Schedule is currently operational and will run until October 29, 2022.

Speaking at the launch of the Cork Airport 2022 Summer Schedule, Head of Aviation and Commercial Business Development, Brian Gallagher said:

“Summer 2022 at Cork Airport is shaping up to be a strong period of recovery following the pandemic. We have a great mix of routes across the UK and Europe, catering to great outdoor escapes, city breaks and sunny destinations. We’re also looking forward to operating with a wide range of airline partners at Cork in 2022 as we rebuild our network offering.”

“Cork Airport offers friendly, stress-free travel and short walking distances right through from car park to check-in to boarding gate. With over 40 routes on offer this summer, we encourage both our regular passengers and passengers new to Cork Airport – from South Leinster and right through all of Munster, to fly Cork this summer.”

Passengers planning to travel from Cork Airport this summer are advised to arrive between 90 and 120 minutes prior to the boarding of their flight to allow for a smooth, safe and stress-free experience. Cork Airport has also recently introduced a number of customer service enhancements including a 24/7 webchat feature for passenger queries along with a WhatsApp flight status/alert facility for departing and arriving passengers. These enhancements are readily available on, corkairport.com.