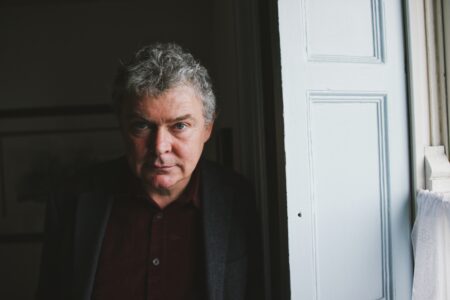 Processed with VSCO with av8 preset

John’s nephew Philip appears in the video which sees the younger ‘John’ transition into present-day John. The film is a real family affair and features several more Spillanes creating a lovely link with the Spillane family history and with the story of Cork city.Renowned Irish songwriter, John Spillane, is set to release the second single from his upcoming album, In Another Light, recorded live with Cork Opera House Concert Orchestra. ‘Princes Street’ was recorded live at the Right Here Right Now Festival at Cork Opera House in 2021 and is set for release September 16, 2022. Performed live by John Spillane and Pauline Scanlon with the Cork Opera House Concert Orchestra and conducted by John O’Brien and orchestrated by Kevin Codd.

Two-time Meteor award winner John Spillane is a musician, songwriter, performer, recording artist, storyteller, poet and dreamer. Rooted in people, place and story, his music transports the listener and his live performances captivate audiences around the world. John’s extensive back catalogue begins with the 1997 album The Wells of the World.

This new live version of ‘Princes Street’ will be accompanied by an imaginative video, directed by former member of Gráda, Alan Doherty and is the second instalment in a triology of films telling a unique story. Speaking on the series John says, “As In Another Light is a career spanning album including songs I have written between the years 1983 – 2021, we wanted to create the videos in a similar vein. We wanted to work with one videographer across all three videos to have a consistency in the vision, Al Doherty who created these videos has a really wonderful point of view and a great eye, so it had to be him.”

Speaking about the single John says, “Each video explores a different theme. The first for ‘Dance of the Cherry Trees’, was all about childhood and wonder. This, the second in the series, was built on the excitement you can only feel when you’re beginning your journey into adulthood; hopeful, curious, open and invigorated. It very much brings me back to the time when I wrote the song. I used to busk on Princes Street when I was 21 and I wasn’t even conscious at the time that there was a family connection. My father’s family had lived at 16 Princes Street, where Clancy’s Bar is now. My father died when we were all very young so I’ve always seen him as mirrored in the past, in an old romantic Cork light. The song itself speaks of meeting in our beautiful city on a night where you don’t know what will happen or where you will end up. It’s an ode to the magic of Cork and I see Princes Street as the heart of the town. In my poetic imagination the fountain in the English Market there represents the umbilicus of Cork”.

In Another Light pre-order link: https://johnspillane.bandcamp.com/album/in-another-light