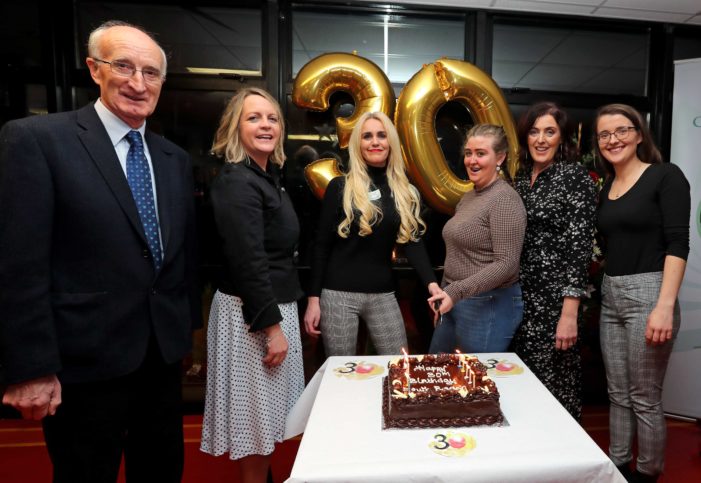 14 December 2019 By Bryan Smyth bryan@TheCork.ie Past and present students and staff of the Youthreach Education Centre in Knocknaheeny joined together this week to celebrate the 30th anniversary of the centre. The centre, which is under the auspices of Cork Education and Training Board, opened in September 1989. For the past thirty years the […]

10 December 2019 By Mary Bermingham mary@TheCork.ie The President hosted an Afternoon tea reception for Community Groups today, at Áras an Uachtaráin. Various Cork groups were among those who attended.

28 November 2019 By Bryan Smyth bryan@TheCork.ie Sims IVF Group is pleased to announce the appointment Dr Faiza Shafi as Specialist in fertility and reproductive medicine, effective immediately. Dr Shafi will be based in the Sims IVF clinic in Cork. Dr Shafi has worked in Ireland for the past eight years in a variety of […]

30 October 2019 By Bryan Smyth bryan@TheCork.ie Leading the Way into a New Era of Artificial Intelligence Today (October, 30th) sees the graduation of the first full-time Masters in Artificial Intelligence (AI) class at Cork Institute of Technology (CIT). AI is the rapidly developing field of computer science which enables computers and machines to perform […]

11 October 2019 By Bryan Smyth bryan@TheCork.ie Headquartered in Tullamore, Co. Offaly, with offices in Dublin and London, Irish-owned construction company Townmore this week opened a new office in Mallow, County Cork. Founded in 2008, Townmore has experienced consistently strong growth over the past decade and is one of Ireland’s largest Contractors. The announcement of […]

4 October 2020 By Elaine Murphy elaine@TheCork.ie A US semiconductor company is to invest €4 million in R&D activities in addition to establishing an International Operations Centre Minister for Jobs, Enterprise and Innovation, Richard Bruton, TD, today announced that Hittite Microwave Corporation, a US semiconductor company, is to establish two operations in Cork; 19 new […]