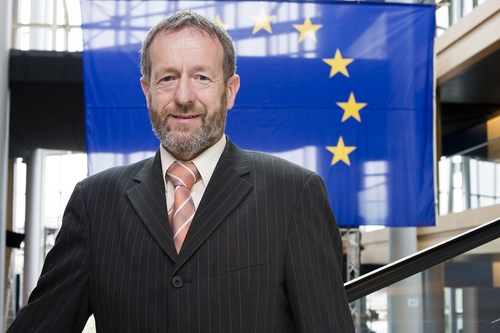 12th December 2013, 11pm Thursday By David O’Sullivan http://twitter.com/david_osullivan It’s NOT an April fools joke… Cork City is to get it’s own ski slope! The Government have sanctioned a 21-thousand euro grant under the “Sports Nation Initiative” for an artificial ski slope at the “Glen Resource Centre” The Northside ski slope will be 30 metres […]

12th December 2013, Thursday By TheCork.ie news@TheCork.ie Fine Gael Cork Senator, Colm Burke, this evening said that as the Irish economy is showing signs of recovery, we can further boost this recovery by buying Irish and shopping locally during the important Christmas retail period. “After five years of hardship the Irish economy is now in […]

Creation of 38 new jobs at DePuy must be welcomed- Buttimer

11 December 2013 By TheCork.ie new@TheCork.ie Fine Gael Cork South Central Deputy and Chairperson of the Oireachtas Committee on Health and Children, Jerry Buttimer, has welcomed the announcement by medical devices firm DePuy of the creation of 38 new jobs as part of an expansion of its facility in Ringaskiddy, Co Cork. “I am delighted […]

14th November 2013, Thuesday By TheCork.ie Politics Reporter news@TheCork.ie In the wake of Ryanair’s announcement of nine new routes from Dublin which will create 300 additional jobs, Politicians from all parties have urged the management in Cork Airport to engage with Michael O’ Leary to keep Cork Airport on their radar and to actively negotiate […]

5th November 2013 By Tony Smyth news@TheCork.ie Cork South Central Fine Gael TD and Chair of the Party’s LGBT Group, Jerry Buttimer, has this evening (Tuesday) said that the decision of Government to hold a referendum on marriage equality during the first half 2015 is a momentous step towards a truly inclusive, diverse and equal […]