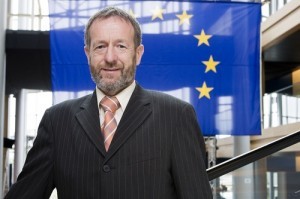 A Brexit or a UK exit from the EU could leave Ireland extremely vulnerable in terms of our transportation fuel supply, according to Seán Kelly MEP (Ireland South). Mr Kelly has said that the new government must recognise the vital importance of indigenous petrol and diesel production at Whitegate Refinery in Co Cork, Ireland’s only oil refinery, and should help preserve it.

Whitegate Refinery is “without doubt of key strategic importance to the security and reliability of Ireland’s fuel supply”, and that keeping it running should be a “priority for the incoming government”, according to Mr Kelly, leader of the Fine Gael delegation in the European Parliament.

Speaking in the European Parliament in Brussels today (Tuesday), the MEP highlighted Ireland’s dependency on the UK for the supply of transportation fuels. He stressed that the implications of such dependency are likely to be exacerbated should the UK vote to leave the EU on June 23rd, as such an exit would leave Ireland fuel-dependent on a country that would not bound by EU energy regulations.

MEP Kelly added that steps must be taken to address this situation, suggesting that one solution could come in the form of state intervention, perhaps in terms of partial public ownership of the refinery: “With Whitegate Refinery up for sale and our dependence on the UK being what it is, I feel there is a real cause for concern given there are now question marks surrounding the reliability of nearly all of our petrol, gasoil and diesel supply. I think that partial state ownership to ensure production at Whitegate continues must now be seriously considered and I call on the new government to explore this possibility.”

Increasing the economic viability of Whitegate is something that needs also to be addressed according to the MEP, who lead Parliamentary discussions on Climate Change ahead of COP21 last year. An opportunity to do so could complement Ireland seeking to meet its target of a 10pc share of renewable energy in transport by 2020.

“Bringing bio-refining activities to the Cork facility could present an opportunity to meet a growing demand for biofuels in the transport sector”, he continued.

“Developing sustainable indigenous biofuels is crucial and will have a much more significant role in decarbonising our transport sector in the short term than Electric Vehicles, yet is spoken about much less frequently. We heard last week from the Sustainable Energy Authority of Ireland (SEAI) that we need to secure between 440 and 500 million litres of biofuels in order to increase our biofuel consumption to 8pc by 2020.

“Increased supply of conventional refined products on the global market from export-oriented regions around the world is one of the reasons that finding investment for Whitegate in its current state is difficult. However, the pressure on Ireland to meet our targets creates a stronger market for renewable biofuels and this could be the opportunity that Whitegate is searching for.

“Government assistance to Whitegate in this regard, could help us meet our 2020 targets, preserve 300 jobs in Cork, and keep the refining industry on the island of Ireland at a time when the EU membership of our most important supplier of transportation fuels – the UK – is very much in question.”

“The new government must seriously look into this option”, concluded Mr Kelly, a member of the European Parliament’s Committee on Industry, Research and Energy.