Over the course of two and a half hours, almost 100 people came to the stage where they were
presented with a specially designed A4 award with a unique citation for
each person/group.
The Mayor Cllr. Cionnaith Ó Súilleabháin was MC and was joined by fellow
town councillors, Phil O’ Regan, Ann Cullinane, Anthony McDermott and John
Loughnan. The five of them made the presentation during the course of the
evening.
The Mayor extended a Céad Míle fáilte to all at the outset, stating that
after the June 2012 flooding of the town, the council had discussed holding
a special night to publicly thank the statutory and voluntary services who
had assisted on the night in atrocious conditions.
“However, as the year went on, it became more evident that there was a lot
more that we should remember 2012 for. Looking back it was packed with
festivals and all sorts of achievements by groups and individuals, and we in
the council felt it was only right to recognise all the positivity too. As
well as the councillors nominating people, the general public were also
invited to nominate. Many did and are included on the list of honourees
tonight”.
He also stated that there were a number of awards allocated to people and
organisations who “did nothing special in 2012, because quite simply, they
do special things all the time”. During the course of the evening, he read
out the citations for each individual or organisation and the awards were
presented by the five councillors. 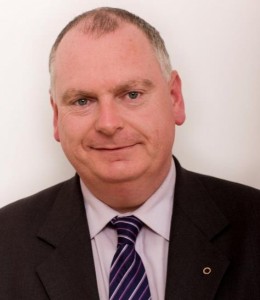