Fine Gael Cork East TD, Tom Barry, has welcomed the unified approach being
taken by the Government and the farming community to tackle the fodder
crisis. Deputy Barry was speaking after the first load of fodder was
delivered to Cork from the South of England at the weekend, to help local
farmers deal with the chronic fodder shortages.

“Cork farmers have been badly hit by the fodder shortages affecting the
entire country. Many of them are completely without food for their stock,
putting the livelihood of their livestock and the future of their business
in serious doubt. In a bid to address this extremely serious problem, the
first load of fodder sourced from the south of England was delivered to
Mitchelstown on Saturday.

“It was an historic sight to see feed coming from England into Ireland –
rather than going in the opposite direction as is customary. This dramatic
shift in tradition underlines the gravity of the situation.

“Richard Nolan of Nolan Transport was on hand on Saturday morning to show
local representatives the live tracking of the 70 odd trucks which were en
route bringing the first loads of high-quality hay into the Dairygold yard.
Farmers queued up with their trailers for the badly-needed bales as the
first load was removed and the promise of more was greeted with
considerable relief by beleaguered cattle-owners.

“I would like to commend the Minister for Agriculture, Simon Coveney TD,
for his pragmatic approach to the problem. The Minister, following my
request, has agreed that the Department of Agriculture will contribute
towards the cost of transporting the feed, which will reduce the burden on
farmers.

“I know the Minister has also been liaising with the pillar banks and the
main Co-Ops to ensure they are making adequate finance available to
struggling farmers. They have assured him that short term loan and extra
overdraft facilities are available, and farmers are being encouraged to
contact their own financial institution to secure some bridging finance to
get through the season.

“I want to thank the Minister and everyone at Dairygold for their
involvement in bringing about a real and practical solution to the worst
feed crisis in my memory. We have no control over the weather, but this
kind of unified approach in finding a solution is why Irish agriculture
continues to be a world leader.” 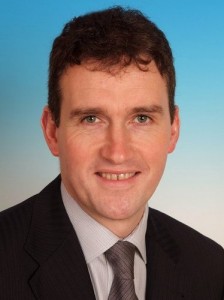