Cork natives Emer O’Donovan, Brig Ryan and Gillian Coughlan have been
elected to positions on the National Executive of Fianna Fáil
following last weekend’s party Ard Fheis at the RDS in Dublin.

The theme of the Ard Fheis was ‘A Fairer Way to Recovery’ and focused
on tackling the mortgage crisis, protecting community services,
supporting rural Ireland and ending socially regressive cuts that are
damaging recovery. The weekend culminated with the Presidential
address by Fianna Fáil leader Micheál Martin on Saturday night.

The Cork South Central TD congratulated each candidate on their
successful election: “I wish to congratulate Emer, Brig and Gillian on
their election to the Committee of 20 and I look forward to working
with them.

“More than 4,000 Fianna Fáil members from communities across the
country attended the 74th Fianna Fáil Ard Fheis last weekend. There
was overwhelming support for plans to change how the party does its
business last year, which we saw in practice with hundreds of motions
voted on by delegates under the One Member One Vote system including
one giving party membership a say in any future programmes for
government. I know that Emer, Brig and Gillian will have important
contributions to make and be positive members of the executive.” 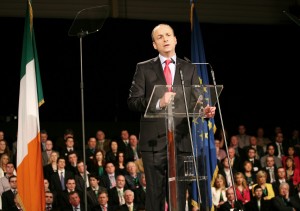 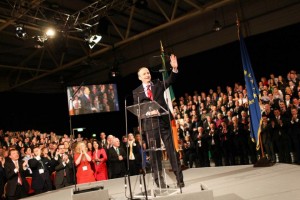