Irish-based American firms are losing out by lack of connectivity

Fine Gael Cork North Central Deputy, Dara Murphy, has called for the
establishment of a direct air route between Cork and the east coast of
the United States, saying the current lack thereof is impeding
Irish-based US firms in Cork.

Deputy Murphy also made the point that a Cork-US, east coast route
could facilitate the Irish diaspora in New York, Boston and beyond to
visit Ireland during this, the year of the Gathering.

But who is Dara Murphy “calling on”. Fine Gael are in Government,
surely he should just make a phone call to the Minister for Transport
and Tourism.

“Tourism figures published this week by the CSO reported a strong
start to the year of the Gathering, with a rise of 7.4% in the number
of visitors coming to Ireland in the first three months of the year.
By establishing a direct route to the east coast of America, we could
build on this success while also facilitating Cork-based US firms to
expand and grow.

“Cork Airport is now largely independent of the Dublin Airport
Authority and the focus must be on how best to develop it for the
benefit of the people of Cork. Representations have been made to me
from a number of US companies who are based in Cork, as well as from
the Cork Chamber of Commerce, about how the lack of a direct route to
the east coast of America is hindering development.

“Cork is home to some of the biggest US multinationals, including
Apple which continues to expand operations here, making the
establishment of an east coast connection extremely worthwhile. The
possibility of Aer Lingus, Continental or Jet Blue developing this
route needs to be explored so that a connection can be made from Cork
to Newark, New York or Boston.

“In addition, the capacity to bring thousands of Irish-Americans home
would be greatly enhanced if people could fly from the east coast of
the US to see family and friends in Cork and the surrounding region.
If the Gathering is to be the success we hope it will, every effort
must be made to facilitate people hoping to come to Ireland. The
American tourist market, and the Irish diaspora in the US, will play a
critical role in getting the biggest ever tourism initiative the
country has ever seen off the ground.

“I am calling on the Minister for Transport, Tourism & Sport, Leo
Varadkar TD, to explore the possible options and to initiate
negotiations in the hope of establishing this new connection in the
near future.” 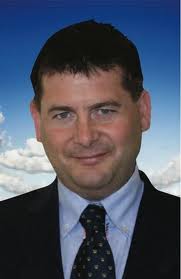