The Institute of Certified Public Accountants in Ireland (CPA Ireland)
has appointed Cormac Fitzgerald, Managing Partner of Fitzgerald &
Partners, Kinsale as Vice President. The appointment was announced at
the Annual General Meeting of Members.

Mr. Fitzgerald is the Managing Partner of Fitzgerald & Partners,
Kinsale, established in 1999 and Managing Director of the Blue Haven
Food Company, recipient of the SFA national small business award in
the Food and Drink Category in 2012. Mr Fitzgerald is also a former
winner of the KPMG Cork Business Person of the Year 2008. Mr
Fitzgerald is married to Valerie and has two children, Sarah and
Cillian.This is Mr Fitzgerald’s second year as Vice President, as he
previously served alongside Joe Aherne and past President, Niall
Byrne.

His role will involve assisting newly elected President, Joe Aherne,
in identifying and implementing strategies to ensure the future growth
and development of the Institute, one of Ireland’s most influential
accountancy bodies.

Commenting on the appointment, Joe Aherne, President, CPA Ireland
said, “I am honoured to have Cormac Fitzgerald supporting me as Vice
President for my term as President of the Institute. He brings with
him a wealth of knowledge and expertise that will be invaluable to CPA
Ireland in the year ahead.”

CPA Ireland is one of Ireland’s leading accountancy bodies with over
5,000 members and students in public practice, industry, financial
services and the public sector. 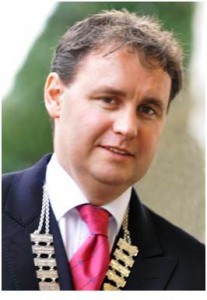