Speaking on the Courts Bill in Dáil Éireann recently, Fine Gael Cork East
TD, David Stanton, recommended the introduction of a Community Court system
in Ireland. These courts, if established, would be based on the Community
Court system which operates in New York and would deal with low level crimes
and minor offences.

“As part of my role as Chairperson of the Oireachtas Justice Committee, I
have studied the system of Community Courts in New York. I know a certain
amount of work was done on this issue here in the past, and I believe that
now is a good time to explore again if such a court system would be
effective here.

“In 1993, the Midtown Community Court opened as a three-year demonstration
project in Manhattan. When the project began, Midtown was a no-go area, as
were parts of Central Park, Grand Central Station, Times Square and other
areas. Now these areas are tourist hotspots. In fact, the Community Court
system has been so successful in reducing crime it has been established on a
full-time basis.

“The Community Courts deal with persons who have committed misdemeanours or
other low level offences. Following arrest, the person is brought before a
specialist judge the following day on condition that a guilty plea is made.
The judge then reviews the file, which will have been prepared overnight, as
the court has a very good back-up service. The judge then makes a decision
which usually results in community service for the offender although
imprisonment is also possible.

“I should point out that following sentencing to community service, the
offender is immediately sent to meet probation officers, social workers and
others, and the community service begins as soon as possible, often on the
same day. The offender is then monitored for six months. During this time
the judge reviews his or her file, and if he or she has not re-offended
within the six month period, the files are sealed.

“This is a system that actually works. Recidivism rates have been reduced
from 80% to 18% since the Community Courts began. The system provides
immediate access to justice and it cuts down on the number of people being
incarcerated. Business people are very pleased with it, as are the local
communities, as it also provides value for the community in the work carried
out by offenders. In fact, in November 2012, New York enjoyed a whole day
free from violent crime.

“There are also parallels here with Spent Convictions legislation, which was
passed recently by the Oireachtas, and with the Minister’s interest in
community service orders, policies to reduce the number of people in prison
and our drugs courts.

“I have requested that the Minister for Justice, Alan Shatter TD, gives
serious consideration to the introduction of a Community Court system here
and I am delighted that he is doing so. He advised that he is very
interested in the idea and that his Department officials are looking into
the matter. The Minister intends then to refer this report to the Justice
Committee for further consideration and debate.” 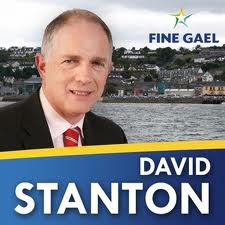