Fianna Fáil TD for Cork South Central, Micheál Martin, has said it is completely unacceptable that Cork homeowners are receiving letters asking them to pay next year’s property tax up-front before the end of the month.

Deputy Martin said the letters are extremely confusing, sometimes incorrect, and they fail to include a receipt for the 2013 payment. He said that those who try to contact the helpline listed are often finding it difficult to get through and to get answers.

“This latest fiasco is causing distress and confusion for many householders. It is disgraceful that people are being asked to pay next year’s tax up-front in one go, just weeks before Christmas. People cannot understand why the deadline for next year’s tax has been set before the year even begins,” Deputy Martin said.

“This is no way to treat homeowners who paid their tax this year and want to make one payment again next year. The letters came with little warning, they are terribly confusing and people are struggling to get answers. Many people simply cannot afford to hand over hundreds of euro in one go with little warning in the lead up to Christmas – particularly for a bill that shouldn’t be due until next year.

“The roll out of this tax has been a mess from the beginning and caused confusion at every turn. Homeowners here are already extremely frustrated by the fact that the Environment Minister Phil Hogan has broken his promise to ring-fence 80% of the property tax revenue for the local authority that collected it. Now instead of Cork directly benefitting from the tax paid by Cork homeowners, the tax is collected nationally.

“Local services in Cork have suffered recently due to budgetary constraints. People here were promised that if they paid their property tax, it would go towards improving our roads, local amenities and other services in their own community. But the Government has gone back on that promise and the property tax is being collected centrally. It means that Cork householders are now being asked to pay up-front for services that are showing no signs of improvement.

“I am calling on the Government to intervene here before this causes more problems. These arrangements need to be changed immediately. Homeowners who wish to pay in one go must be given the option to do so by the middle of next year. And the Government must guarantee that the local area sees the direct benefit of the property taxes collected in that area.” 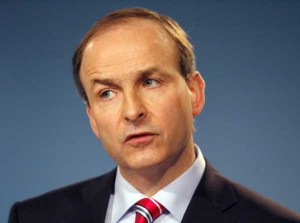