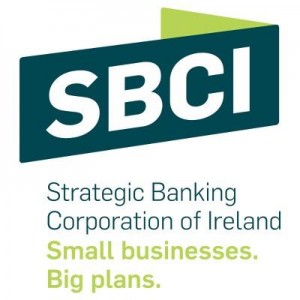 There was solid attendance for the Strategic Banking Corporation of Ireland Breakfast Briefing held in conjunction with Fitzgerald & Partners at Blue haven Hotel, Kinsale this morning. The event which was attended by SMEs and business people in Kinsale and surrounding Towns received an excellent briefing by Suzanne Sweeney, head of lending with Strategic Banking Corporation of Ireland on working capital and access to finance. This is one of Fitzgerald & Partners number of series of events.

The SBCI’s aim is to provide access to lower cost funding in the SME market, Suzanne informed us. They want to provide easier access to funding, and currently have a fund of €800m, which they have plans to increase up to €4bn in due course. She also commented that the SBCI have plans to bring a new risk sharing product to the market in Q1 of 2016 for start-up businesses, an area which until now has not been catered for by the SBCI. They also have plans to incorporate finance & leasing into the current product. A nationwide advertising campaign will begin shortly to make more people aware of the SBCI.

The SBCI has channelled €200m into both AIB and Bank of Ireland of low cost loans aimed at the SME market to help the market to grow and recover. Between January and July of this year a total of €44m in loans had been issued to some 1600 customers. Loans up to a maximum of €5m are considered, and the largest issued to-date was for €4m.

The event led to a quick-fire Q&A session where Suzanne along with the various banking representatives interacted in answering the questions raised. The SBCI and the various banks are all working hard to promote the SBCI funds, and to assist in the growth of the SME industry in Ireland. Fitzgerald & Partners are happy assist clients with their applications for SCBI loans, with services to include business plans, management accounts, cash-flows and projections.

Cormac Fitzgerald FCPA also commented that as the October Budget day looms there are many submissions being presented to Government and Ministers, will have to choose from competing interests when framing the Budget and that hopefully the Government will take on board some of the suggestions being forwarded such as firstly the introduction of a special CGT rate of 10% for entrepreneurs (along the lines of the measure in the UK where the first €10M of proceeds is subject to a 10% rate). Such a measure would not alone be an incentive for more start-ups but would also compensate to some extent successful entrepreneurs for the sheer effort they put in to getting businesses off the ground in the first place.

Strategic Banking Corporation of Ireland meets in Kinsale added by TheCork.ie on 18th September, 2015
View all posts by TheCork.ie →