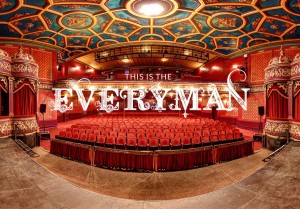 It runs from Monday 2nd – Saturday 7th November 2015 at the Everyman Theatre, Cork.

The play is called “Hung Jury”

A dope-growing juror wrestles with her verdict on a crazed stalker (alleged).
Grainne’s been called for jury duty to pass judgment on Liam Healy, an unemployed north-sider who may or may not be guilty of stalking his ex.
But Grainne’s got secrets of her own. There are marijuana plants growing in the attic for one thing. And husband Dermot’s relationship with the taxman may not be as straightforward as it seems…

It’s a home-grown Cork comedy about class, grass and justice, with the creative team behind last year’s smash hit Love, Peace and Robbery and featuring two of Cork’s finest comic actors. Don’t miss the premiere of this sharp, witty and brilliantly insightful comedy.

PLAYWRIGHT BIO
Liam Heylin’s latest play, Hung Juror, where a dope-growing woman, with a tax-dodging husband at home, is sworn in as a juror for the trial of a man accused of stalking his ex-girlfriend, will be staged by Everyman Palace theatre in Cork from November 2nd 2015. His play, Love, Peace & Robbery, played at the Everyman most recently in July 2014. This play was staged in Washington and in Manhattan at the 59E59 theatre as part of the Irish Theatre Festival in New York in 2008. The follow-up, Gdirl from Gdansk, was staged in Washington by Keegan Theatre in March 2010. His first play, Ding Dong, a comedy about a family funeral, was staged by Cork Opera House, following a staged reading at Traverse Theatre in Edinburgh. Last year, West for the Weekend, a one-man play about a gambler running out of luck, was staged at the Granary Theatre. Heylin, who is from Waterford, works as a journalist in Cork where he has covered thousands of criminal court cases. He also reviews books and music for The Irish Examiner, and theatre for the Evening Echo.

The Irish Times: “Heylin delivers a finely observed, funny and utterly convincing portrait of crime
and its environs.”

The Washington Post: “Ireland’s Liam Heylin sketches a vibrant portrait of two brothers dealing with lingering problems in their past, and the trials of future love. The world premiere of Gdirl from Gdansk crackles with rich dialogue and drama at Keegan Theatre.”
DC Theatre Scene: “Heylin has an excellent ear for dialogue. Keegan Theatre staged Heylin’s dark comedy, Love, Peace & Robbery here (its American premiere) and in New York to considerable acclaim. As entertaining as that work was, Gdirl from Gdansk shows the playwright’s increasing skill as a dramatist. This is an engaging and touching play that theatre lovers should not miss.”
The Examiner (Washington): “Heylin’s ear for internal personal and external voice is pitch-perfect. The talented cast milk the comedy and poignancy from Heylin’s text.”